This document certified in February 1953 that Martin Riesenburger (1896–1965) was employed as a rabbi and responsible for pastoral care in prisons. It is labeled as a “service card” and written on Jewish Community of Berlin letterhead. The card appears makeshift: it was not preprinted, is not on reinforced paper or card, and the passport photo is only stapled to the page. And what does “pastoral care in prisons” mean? 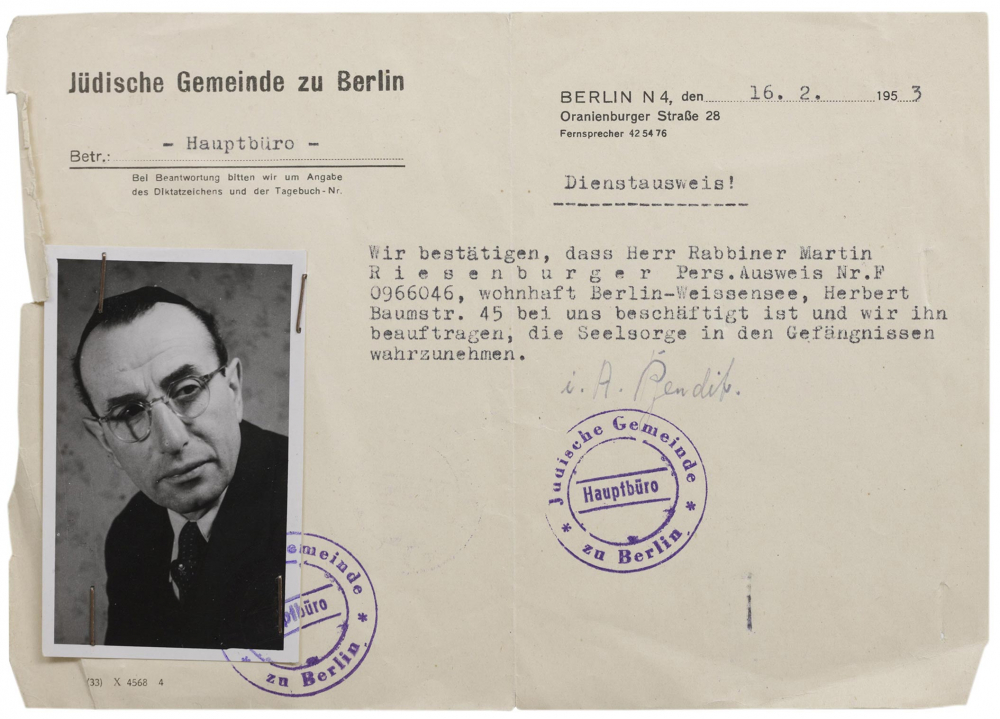 Berlin During the East–West Conflict

The Jewish Community of Berlin was split over the intensification of the East–West conflict in early 1953. The Jews of East Germany suffered reprisals. They were accused of disloyalty to the GDR. Several hundred Jews escaped from East Berlin. The East Berlin community came under surveillance and individual community members were arrested. It is possible that Rabbi Riesenburger was responsible for these prisoners and was granted permission to visit them in prison.

A rabbi is a Jewish scholar who interprets and makes judgements under religious law, gives sermons, and leads the community.
More on Wikipedia

In East Germany, Jews were recognized as a group persecuted by the Nazi regime, but were viewed as less significant than active resistance fighters and anti-fascists, especially those from the Communist Party. In the early 1950s, some Jews were subjected to repression because they were suspected of collaborating with the West.
More on Wikipedia

The Jewish Cultural Center in Berlin 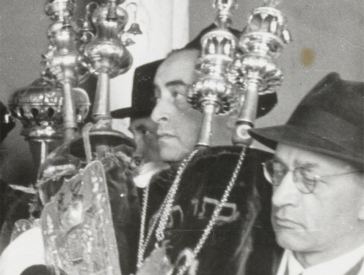 Rededication of the Synagogue at the Jewish Hospital