Since the Museum Opened

The Jewish Museum Berlin has since established itself as a distinctive institution in the landscape of German museums. With its exhibitions, publications, educational work, and diverse events calendar, it is a lively forum for discussion about and contemplation of Jewish history and culture and, more broadly, migration and social diversity in Germany. It is a museum for everyone: young and old, Jewish and non-Jewish, and those from Germany and other countries.

As a foundation under public law, our museum receives annual funding from the Federal Republic of Germany; the remaining funds are raised through donations and ticket sales. Since 2002, the Prize for Understanding and Tolerance has been presented at the annual anniversary dinner with friends and patrons of the museum. The fundraising proceeds benefit the museum’s educational work for children and young people.

A Focus on Visitors

The museum aligns itself to its visitors’ interests, which are researched in a department dedicated to this purpose. Friendly and competent members of staff are present in all public areas of the museum.

From 2001 to 2017, the permanent historical exhibition lead you on a journey of discovery through two millennia of German-Jewish history across 3,000 square meters (32,000 square feet) of exhibition space. In fourteen periods from the Middle Ages to the present, the exhibition painted a picture of Jewish life. Objects from material culture, artworks, photographs, letters, interactive elements, and media stations portrayed Jewish culture in Germany and demonstrated how tightly intertwined Jewish life is with the history of Germany. We are now developing a concept for a new permanent exhibition (read more).

Up until 2 April 2017, our Rafael Roth Learning Center offered diverse media applications that complemented the museum’s exhibitions. At computer workstations both large and small, individuals and groups could view a wide range of multimedia content connected to the museum’s main themes. Documents, objects, films, sound recordings, and interactive games illustrated the rich and constantly shifting history of Jews in Germany.

Our permanent exhibition on cultural history is complemented by temporary exhibitions. These last six months to a year and span a wide range of topics from history and society to contemporary art, photography, literature, and comics. There are also smaller exhibitions, with objects from our collection, across three exhibition spaces.

The museum has a special focus on educational work. The extensive instructional programs, the research possibilities in our Library and Archives, and the varied events calendar are aimed at children, young people, and adults. Besides our regular guided tours and workshops, we also host talks, concerts, and readings. Each year, we organize a cultural summer program. In 2007, we launched the educational initiative “on.tour – The JMB Tours Schools,” which has since visited schools in all of Germany’s states with a tour bus and a mobile exhibition. We also design teaching materials for schools.

In November 2012, a database of selected museum holdings (in German) went online: http://objekte.jmberlin.de.

That same month, in November 2012, a new building by Daniel Libeskind was opened: the Academy of the Jewish Museum Berlin. Following Libeskind’s “In-Between Spaces” design, the Academy is integrated into the former wholesale flower market across the street from the museum; the building’s alterations were financed by a generous donation from Eric F. Ross. Across 6,000 square meters (65,000 square feet) of floor space, the building houses our Archive, our Library, the Education Department, and the events for our Academy programs, which consist of the Jewish-Islamic Forum and a thematic focus on migration and diversity. Since 2013, our Academy programs have been devoted not only to the history and culture of German Jewry, but also the mutual relationships among religious and ethnic minorities. We have placed a renewed emphasis on the political, social, and cultural conditions necessary to guarantee the participation of minorities in society.

The Jewish Museum Berlin’s own fellowship program is increasing our museum’s visibility as a research institution. In late 2014, Dr. Karen Körber completed the first fellowship project, titled Everyday Realities: Contemporary Jewish Life in Germany, focussing on second-generation Russian-speaking Jewish immigrants in Germany. On the occasion of W. Michael Blumenthal’s ninetieth birthday, a fellowship in his name was launched as part of the Jewish-Islamic Forum. Our first W. Michael Blumenthal Fellow, who took the position in November 2016, is Walid Abd El Gawad with his post-doc project Those Who Know One Religion Know None: Reflections on Islam and Judaism in the Writings of German-Speaking Jewish Orientalists (1833–1955), which is shedding light on new aspects of the history of Jewish–Muslim relations in the modern age. Beginning in January 2017, our second W. Michael Blumenthal Fellow is the education scholar Dr. Rosa Fava with her post-doc project, titled Didactics of the Conflict in the Middle East.

A New Museum Director and a New Program Director

W. Michael Blumenthal, who was instrumental in creating and advancing the museum, stepped down as Director in September 2014. He was replaced by Peter Schäfer, an internationally acclaimed Jewish studies scholar. In 2015, the Jewish Museum Berlin presented its Founding Director with the Prize for Understanding and Tolerance. In January 2016, it renamed the Academy the W. Michael Blumenthal Academy in his honor.

History of the Museum (5) Ideas, Debates, Decisions, Inauguration Show all

Here is the four-part history of our origins and an accompanying timeline – from the forced closure of the first Jewish Museum in Berlin in 1938, and the original museum’s inspirational influence on our collecting principles, to the renaming of our Academy after our Founding Director W. Michael Blumenthal, in 2016.

West Berlin, 1971: the idea emerged for a Jewish Museum to be connected to the Berlin Museum. Finally, in 1992, the cornerstone was laid for the building dedicated to this purpose and designed by Daniel Libeskind.

In the 1990s, the conflicts between advocates of an independent Jewish museum in Berlin and those who saw it as part of the Berlin Museum continually intensified.

The appointment of W. Michael Blumenthal as Museum Director and the transfer of the seat of government to Berlin eventually led to an independent Jewish Museum Berlin, which opened on 13 September 2001.

Since the Museum Opened (2001–Present)

With its exhibitions, publications, educational work, and diverse events calendar, our museum developed into a lively forum for reflecting on Jewish history and culture and, more broadly, on migration and social diversity in Germany.

An overview in dates:
From the opening of the first Jewish Museum in Berlin in 1933 to the opening of our largest themed exhibition to date, Welcome to Jerusalem, and the planning of a new permanent exhibition. 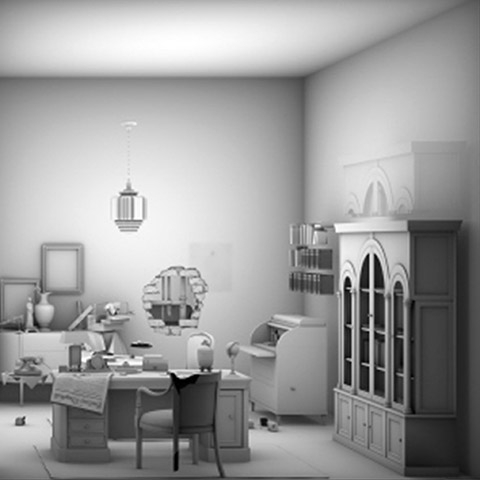 We are planning a new permanent exhibition! 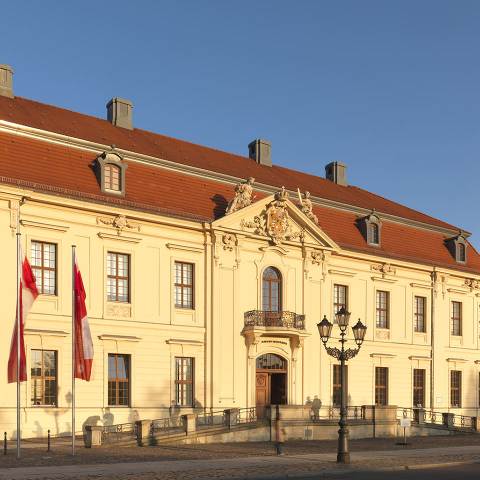 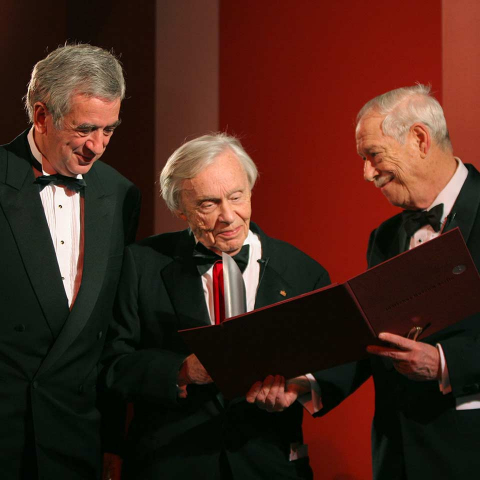