“What role do gender themes play? What’s the story with women rabbis?”

The question about the roles of men and women in Judaism is interesting because traditional notions about these roles have changed dramatically over the course of the last century.

As in every religion, there are also many opinions about this issue among Jews. These correspond with the tendencies of orthodox, conservative, or liberal currents in Judaism, which – while they grapple with the same questions – come to quite different conclusions.

At the moment there are five female rabbis holding office in Germany, with women making up a quarter of liberal rabbis worldwide.

Regina Jonas, born in Berlin in 1902 and murdered in Auschwitz in 1944, became the first female rabbi in the world in 1935. In our permanent exhibition we show a photograph of her. 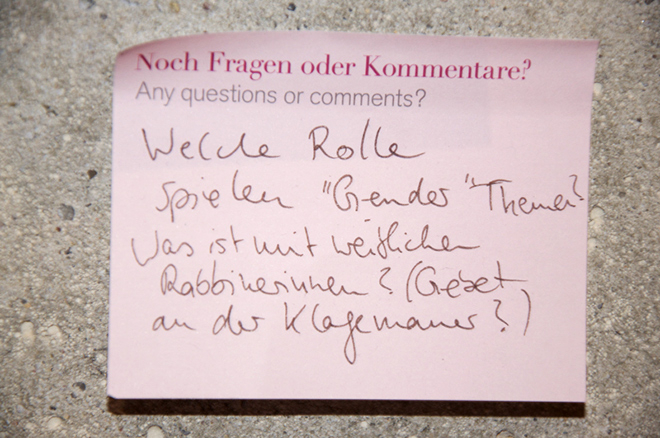 “What’s the story with women rabbis? (And prayer at the Western Wall?)” – question of the month in the exhibition “The Whole Truth”; Jewish Museum Berlin, photo: Anina Falasca 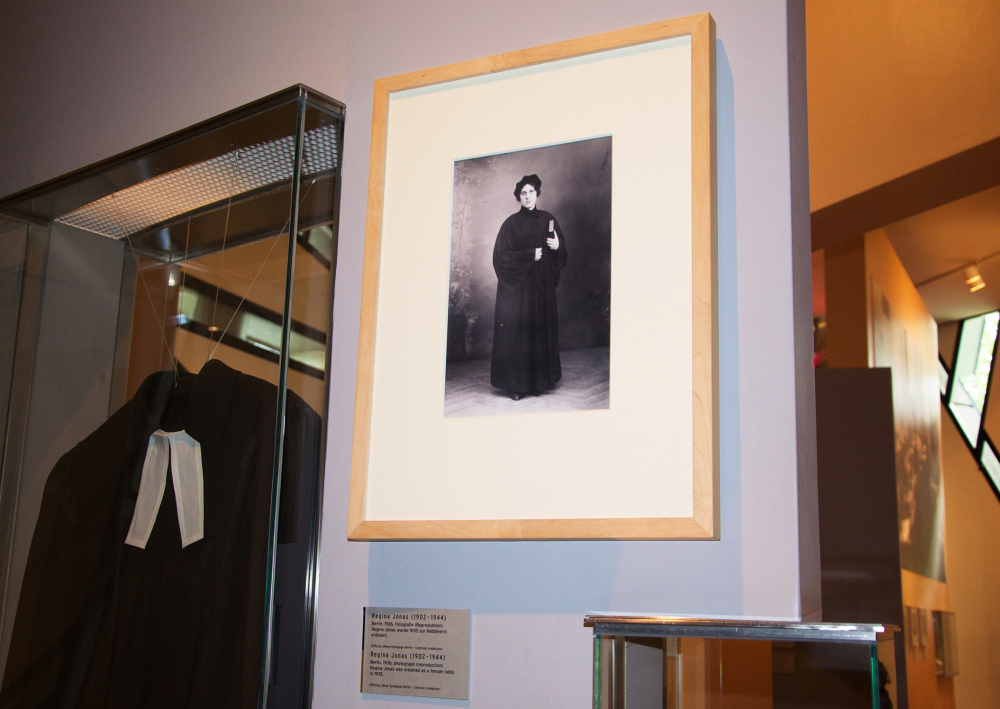 The first woman to be ordained a rabbi in Germany after the Second World War was Alina Treiger. She has held office for the last three years in Oldenburg and Delmenhorst. Irit Shillor also counts among the women rabbis of Germany. She is an officiant in Hameln and is featured in our film installation Ask the Rabbi:

“My congregation always laughs when I constantly say God. I don’t say ‘He’ or ‘She’. For me it’s very important, not only because we have this abstract idea of God but also because I would like to show the members of my congregation that being a man isn’t more important or better than being a woman. I know that these days, in the 21st century, it’s much better than it was in the 20th century, but it’s still important for me. This is my feminist side as a rabbi, as an officiating woman.”

The liberal rabbi Jonah Sievers, head of the congregation in Braunschweig, also mentions the issue of equal rights for women in our film:

“In liberal Judaism women are completely equal. That means they can be called to the Torah, they can be part of a Minyan prayer quorum, and they can also become rabbis and cantors. In traditional Judaism this issue is seen differently, with gender roles defined, one could say, in the traditional or conservative way. The role of women is considered to be in the domestic rather than public sphere.”

Rabbi Sievers is talking about the egalitarian services that have been held in Germany since the early 1990s. Traditionally a service could only occur if there were ten Jewish men present, forming the Minyan, a symbolic version of the congregation. The egalitarian Minyan, however, includes women. Here they can execute all the functions in a service.

This clashes with the view of the rabbi of Dortmund’s orthodox congregation, Avichai Apel:

“In traditional Judaism – the orthodoxy – it has always been this way, that men are rabbis and not women. Why? Is that chauvinistic or feminist? Should it be changed? Men have one purpose and women have another. God made man a different shape than he made woman. That is to say, each has his function to fulfill. For instance, men can’t have children. This is why women run the home. Due to this whole situation, a man should be the rabbi and not a woman.”

There are very few non-orthodox women who share this position. This has become clear from, among other things, a current controversy in Israel: whoever has once been to the Wailing or Western Wall in Jerusalem knows that there are two separate areas, one for men and one for women. The area for men is not just double the size but it is also double as loud, since to date women have not been permitted to wear prayer shawls or to sing from the Torah together on their side of the wall. Ever increasing numbers of Jewish women from the organization Women of the Wall are refusing to accept this discrimination. At the beginning of this year they prevailed in court in their effort to allow women to read aloud from the Torah at the Western Wall too. They make a strong case despite all the opposition.

Anina Falasca, Curator of the Exhibition “The Whole Truth”

Anina Falasca (2013), “What role do gender themes play? What’s the story with women rabbis?”. Question of the Month in the Context of the Exhibition “The Whole Truth”.
URL: www.jmberlin.de/en/node/6263

The Whole Truth ...Everything You Always Wanted to Know about Jews