A Film from the Artur Brauner Collection at Our Library

During his investigations against the Nazi war criminal Dr. Berger – who has since become the director of a pharmaceutical company – the prosecutor, Hoffmann, comes across Jewish survivor Lea Weiss. Shortly after the war, she told a Yugoslav writer about her mistreatment during medical experiments in concentration camps. However, 20 years on, she is no longer willing to testify in court against her tormentor, the former concentration camp physician, Dr. Berger. But Attorney Hoffmann pushes her – to suicide.

The film was inspired by the Frankfurt Auschwitz Trial that began in 1963. Constructed like a lesson, it raises the question of how the suffering in concentration camps can be later represented and judged by legal means. It also addresses the precarious position of survivors and their testimonies in the West German Nazi trials. The film's working title was Bittere Kräuter (Bitter Herbs), alluding to one of the ritual dishes eaten at the beginning of the Passover festival symbolizing "bitter life in exile." The Yugoslav-German co-production showed German cinema audiences a survivor who was scarred by the camp and retraumatized by the upcoming trial.

A series of trials running from 20 December 1963 to 19 August 1965, charging 22 defendants under German criminal law for their roles in the Shoah. 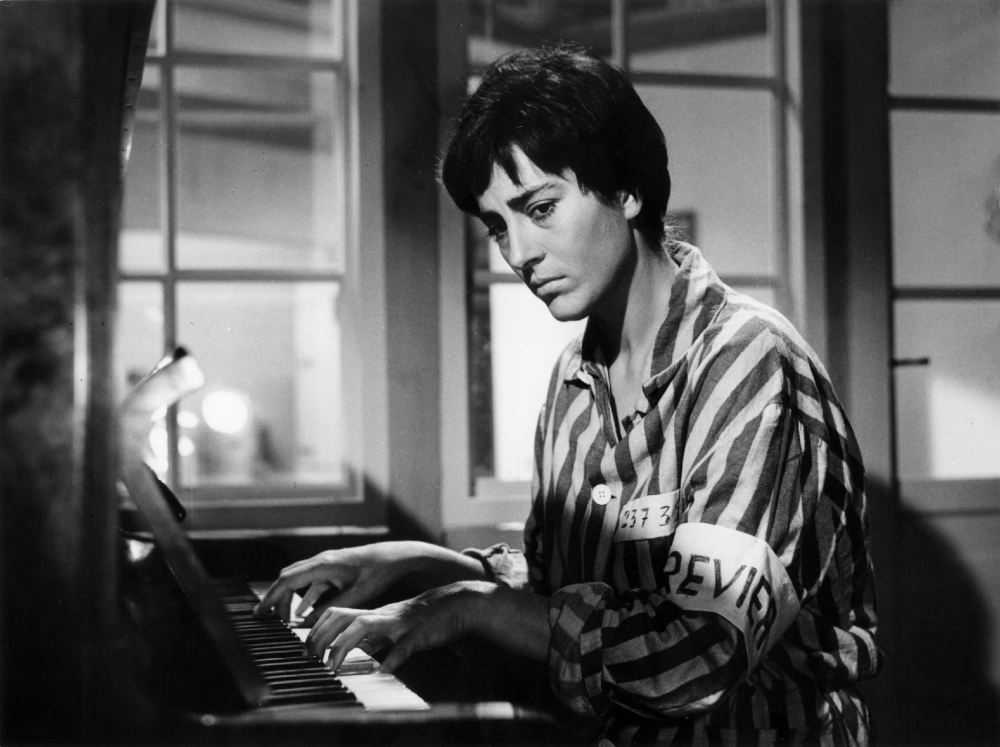 Scene from the movie Witness out of Hell
CCC Filmkunst