Merchant Rights: Letter of Protection for the Jews of Ichenhausen

Until the nineteenth century, the residence and trading rights of Jews in the German territories were defined in letters of protection (Schutzbriefe), which had to be purchased. The Jews of Ichenhausen, which was part of the Margraviate of Burgau in Upper Swabia, were granted this letter of protection in 1717. This document is known as the Burgauer Rezess (Burgau Settlement) and replaced and annulled all the letters of protection that had previously been granted to individual Jewish residents of the town.

In most cases these letters were awarded to individual Jews by the local nobility, and many not only specified the duration of residence and the terms of purchase, but also contained additional provisions and restrictions, including rules on the marriage of children, the inheritance of the conferred rights, travel regulations and the levying and amount of taxes.

In the second half of the seventeenth century, a growing number of letters of protection were issued to entire communities. The provisions for the Jews of Ichenhausen in this quite favorable letter included permanent residence rights, the entitlement of inheritance (restricted, however, to the thirty-five houses already owned by Jews), unlimited trading rights, unhindered religious practice, and the application of Jewish law in internal Jewish affairs.

The letter also regulated the different taxes that could be levied on Jews and the fixed amount of Schutzgeld (protection money) they had to pay. Finally, it demanded that Jews, who made up almost half the local population, show "all due respect and obedience." 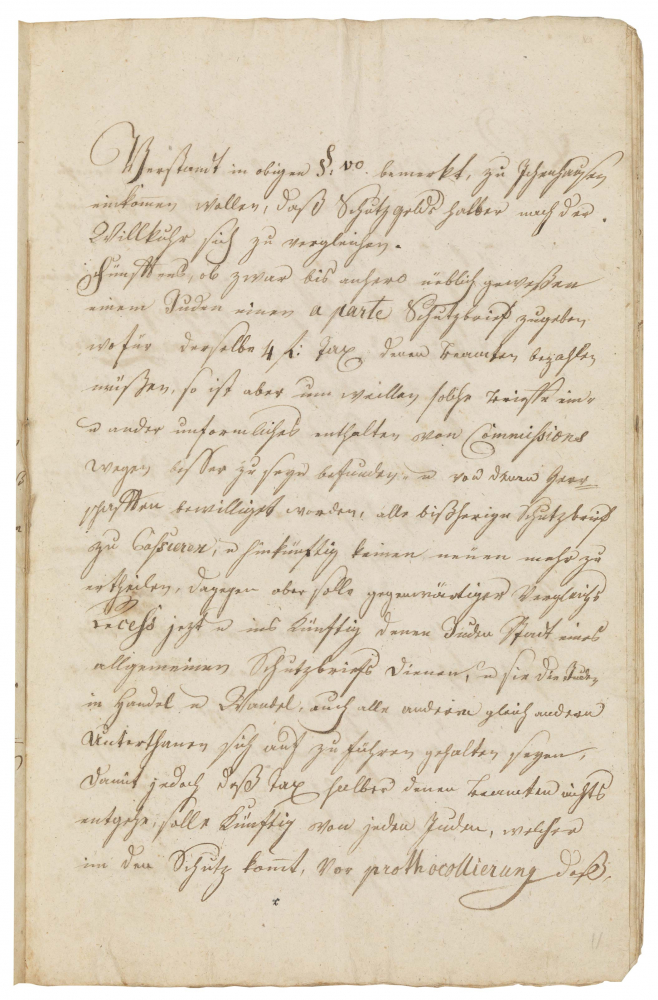