Record of a Nineteenth-Century Journeyman's Travels

Although we don't have a photo of Leopold Willstätter (1817–1868), his journeyman's book gives us a decent picture of him. It describes him as short in stature, with an oblong face, high forehead, rounded chin, dark-brown hair and eyebrows, light-brown eyes, medium-sized nose and mouth, and healthy teeth. Traditionally in Germany and surrounding countries, craftsmen such as carpenters and shoemakers spent several years moving from place to place as "journeymen," gaining experience in different workshops. As a journeyman, he was obliged to present his journeyman's book (Wanderbuch) to the local police of every town he visited and have it stamped. In an age before photography, it served as a form of identification, which is why a precise personal description was needed.

On the Road in Southwestern Germany and France

But we can glean much more from the journeyman's book because Leopold Willstätter's local masters also had to record how long and how well he worked for them. Between 1836 and 1843, the Jewish shoemaker's apprentice made stops in Mannheim, Frankfurt, Heidelberg, Karlsruhe, Metz, and Paris.

Born in 1817 to a leather merchant in Karlsruhe, Willstätter belonged to the first generation of German Jews who were given the opportunity to learn a trade in the first half of the nineteenth century. The Grand Duchy of Baden, where Willstätter was born, was among the German territories that did the most to promote Jewish craftsmen. Of all the Jews working there in 1832, more than a quarter practiced a skilled trade. 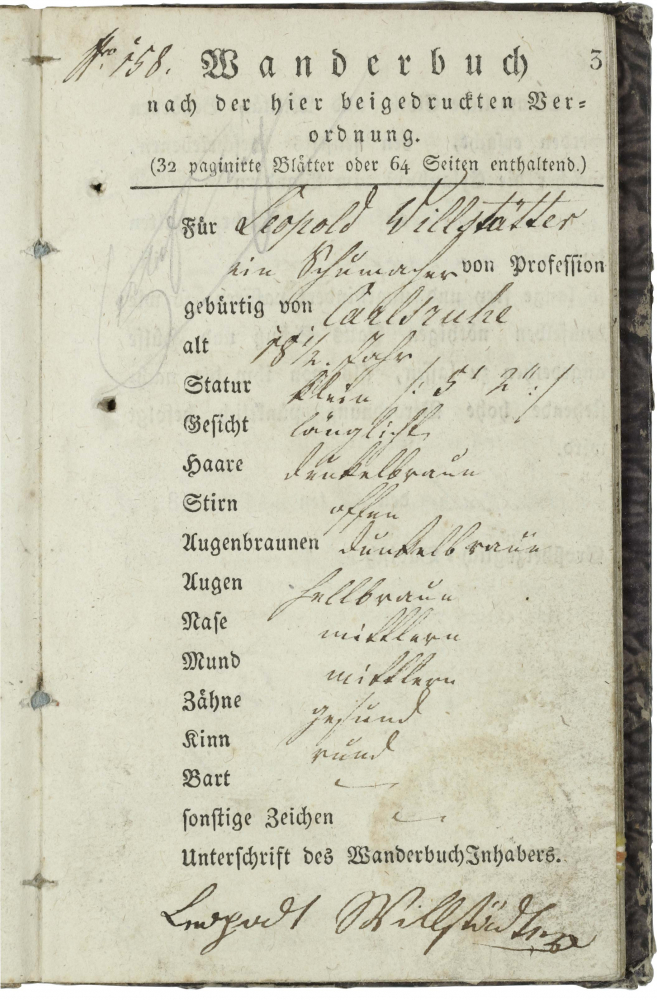 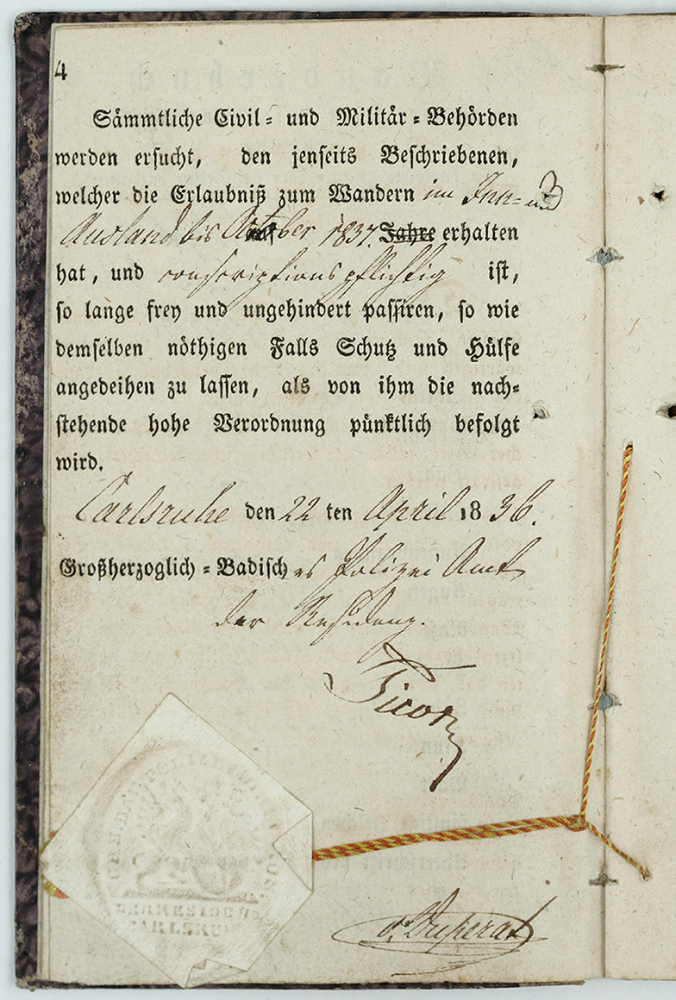 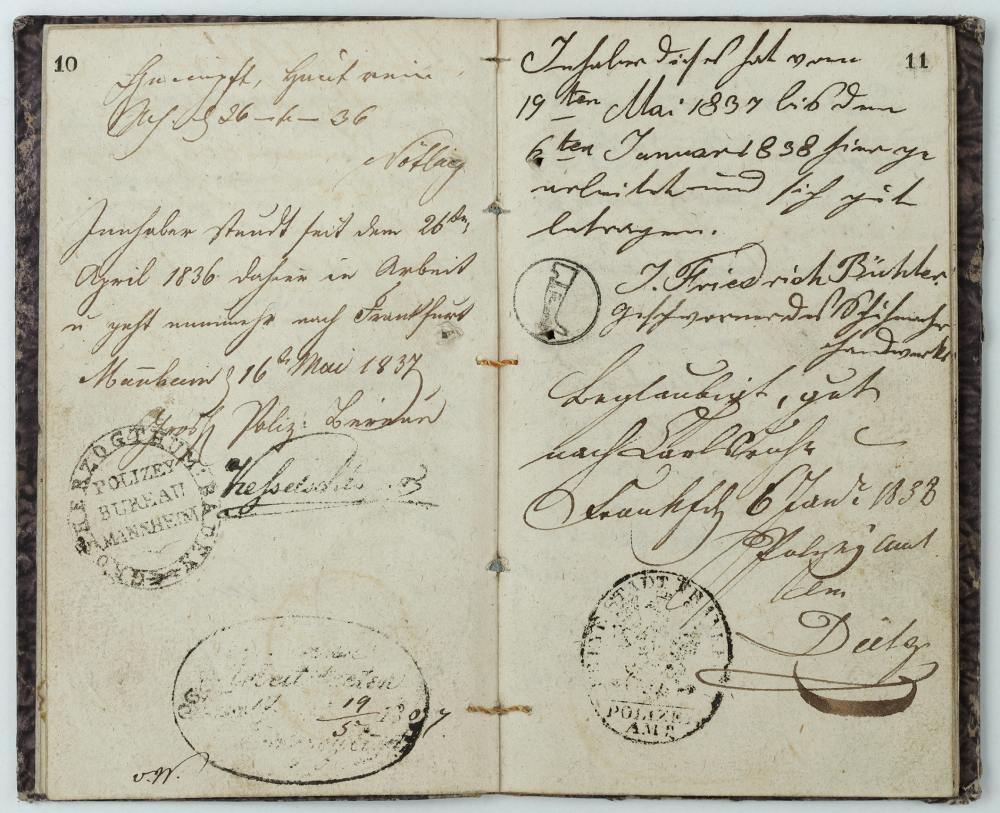 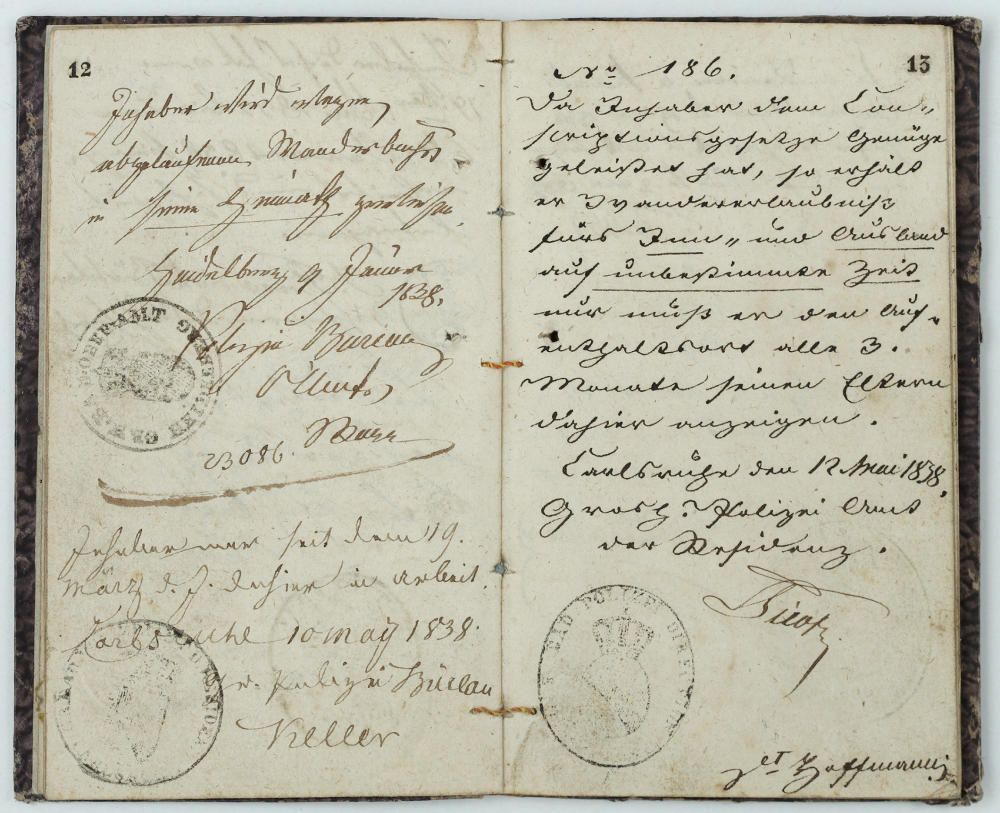 From Apprentice to Master Shoemaker

Nevertheless, for various reasons most Jewish craftsmen gave up their professions after just a few years to become merchants. Not Leopold Willstätter. He began working as a shoemaker on Lange Strasse in Karlsruhe in 1845, and in 1865, just three years before his untimely death, he was named Master Shoemaker of the Court.