These index cards kept by the British Army Post Office document name changes of numerous emigrants, presumably from Germany and Austria. Thousands of them, both Jews and non-Jews, fought in the British Army under new names during the Second World War. 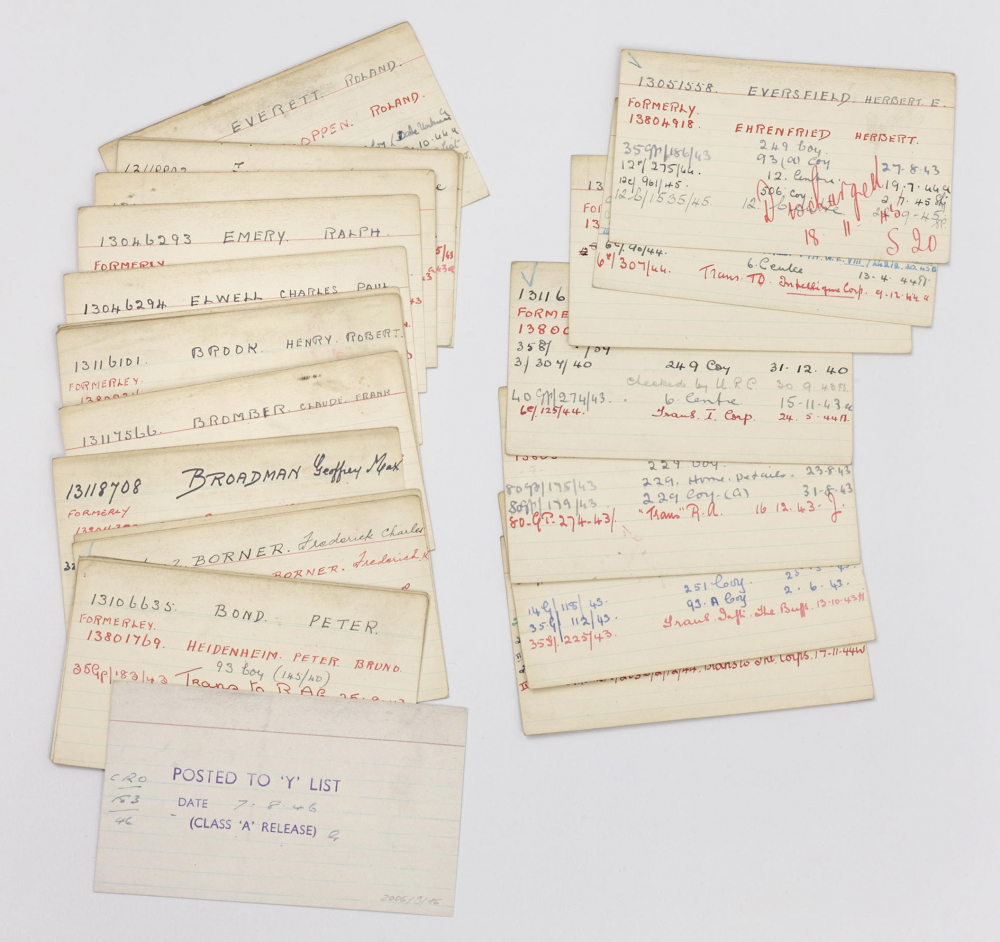 Changing Names in Case of Capture

When the war started, stateless refugees on British territory were initially interned as "enemy aliens," but after a time the British authorities permitted them to enlist in the army as "friendly enemy aliens." Many wanted to make a personal contribution to defeating Hitler. Upon enlisting, the soldiers were asked to drop their German names in case they were captured by the Nazis. They were given just a few minutes to decide what their future English names would be. Salo Carlebach took on the name Michael Charles Brook, and Werner Oppenheim chose William Oakfield.

Nevertheless, the name changes did not mean the soldiers automatically became British citizens. It was not until the late 1940s that most of the emigrants – provided they had stayed in the United Kingdom – were granted British nationality. Almost all of them kept their Anglicized names.

Lucky Discovery for our Collection

The index cards make no explicit reference to the soldiers' background or religious affiliation. By a fortunate coincidence, the cards were not thrown away. When one of the former soldiers told the Jewish Museum Berlin about them, we were able to acquire them for our collection.