“Snip it!” as Follow-up to the Exhibition “The Whole Truth”

Our exhibition entitled The whole truth… everything you always wanted to know about Jews ended more than a year ago. Besides the animated discussions and empty display cases, there are thousands of pink post-it notes left over. Visitors stuck their questions, commentary, and impressions on a concrete wall after they went through the exhibition and left the museum.

A kind of analog “facebook” arose out of these contributions, above and beyond the contents of the exhibition itself. Visitors commented on each others’ notes and raised new questions: on the history of Jews in Germany, on the conflict in the Middle East, on the relationship between Christianity and Judaism, and – again and again – on the subject of circumcision. At this point, the Jewish Museum Berlin had already decided to dedicate not just another blog post to the contentious topic (as part of the series “Question of the month”), but an entire new exhibition.

We recall: in May of 2012 a district court in Cologne handed down a controversial ruling, declaring the ritual circumcision of boys by a doctor to be an infliction of bodily harm according to the criminal code. The court’s decision unleashed a broad public debate: what is religious freedom? Who determines what a child’s wellbeing is? How much disagreement can a secular society tolerate? Who is the “we” and who is the “you”? 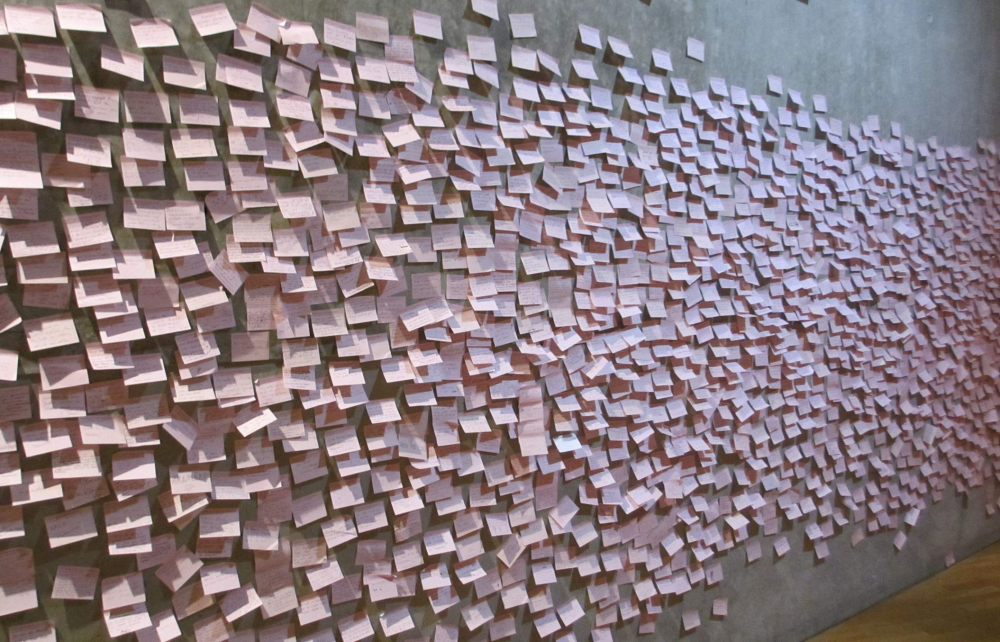 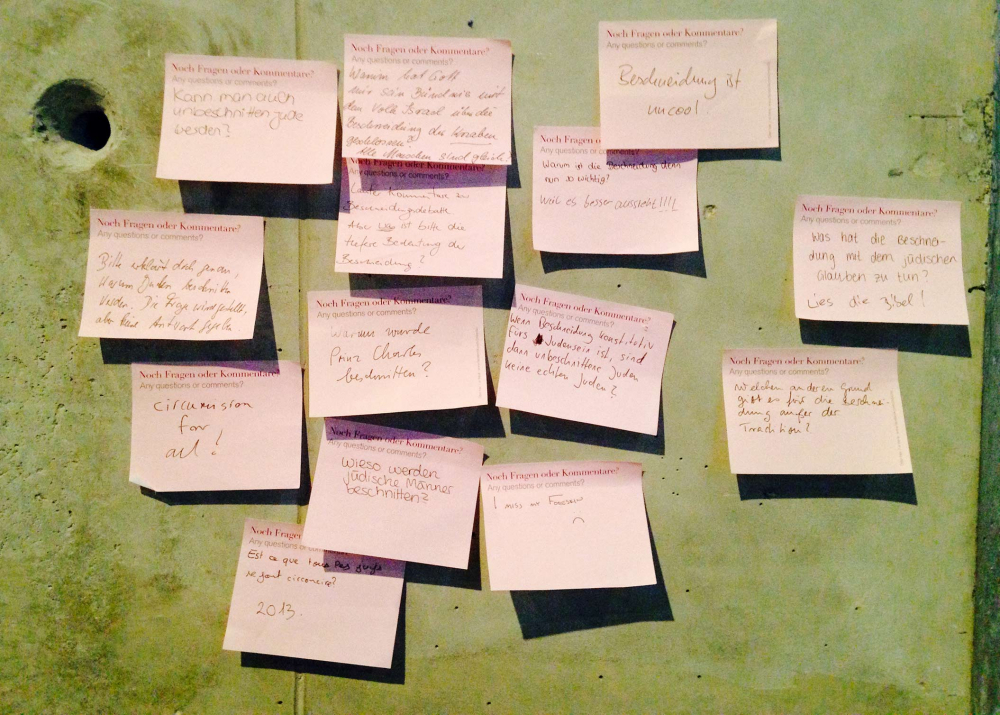 In our new exhibition Snip it! Stances on ritual circumcision we take this as our starting point, examining the question of what this ritual means from the perspective of the three monotheistic religions. To do this we are using the classic resources of a cultural-historical exhibition: painting, sculpture, and photographs, together with everyday objects and those associated with this ritual, as well as a whole series of film clips.

In preparation, we also took another look at the post-it notes with questions about circumcision. Starting from 23. October 2014, you can visit the exhibition rooms and learn why circumcision has played such a central role in Jewish tradition. The question of why Prince Charles is circumcised remains, however, unanswered.

Behind the Scenes: Entries on the Exhibition “The Whole Truth” (7)