Documenting and preserving Jewish history and culture up to the present day is part of our mission. And this encompasses all of Germany, beyond the borders of Berlin. One advantage of contemporary collecting is that we can directly record the stories and narratives associated with objects. At the same time, it’s not always easy to judge an object’s future relevance. When a number of promising attributes come together in an object – like a fascinating backstory, striking visual qualities, and rich historical and thematic references – we make a point of actively approaching possible donors.

In 2019 we heard about a red-white-and-blue carnival cap, also known as a Krätzchen, from Cologne. We contacted the Kölsche Kippa Köpp Carnival Society, which produced the cap. In response, chairman Aaron Knappstein gave us his own carnival cap as a gift.

Since 2017, there has once again been a Jewish carnival association in Cologne. Today, around sixty carnival goers are involved in the Kölsche Kippa Köpp: Cologne residents, newcomers, men and women, Jews and non-Jews from different generations. The Krätzchen is what distinguishes them from other groups. In 2018, founding member Dieter Beumling designed the headpiece. Since then, Cologne tailor Thomas Wien-Pegelow has been crafting the individual caps. 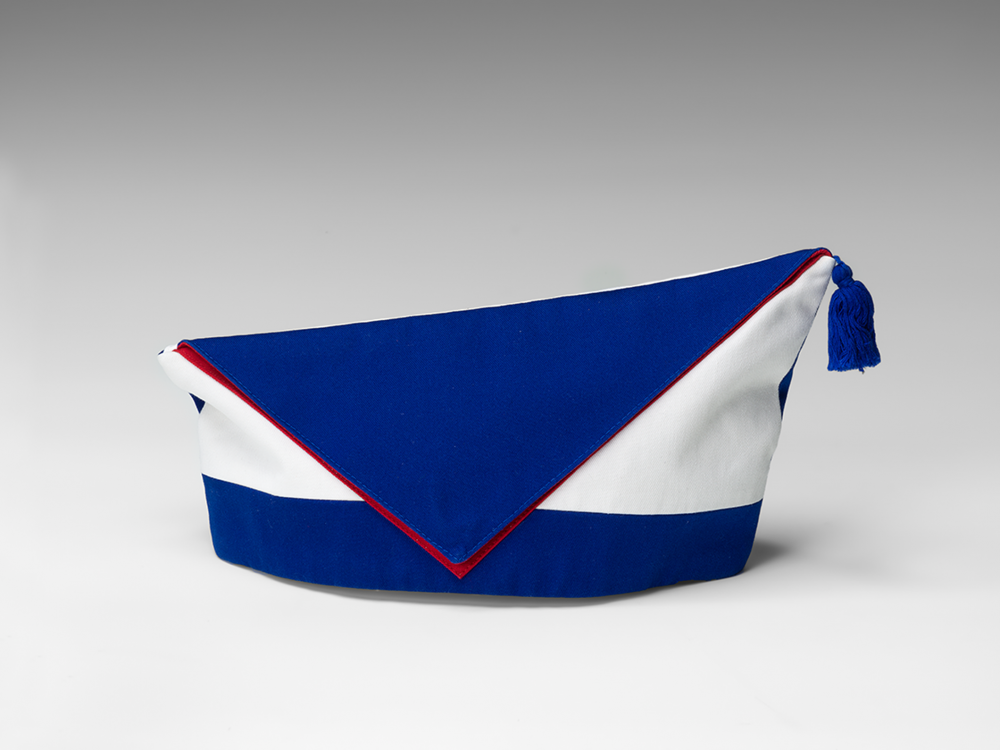 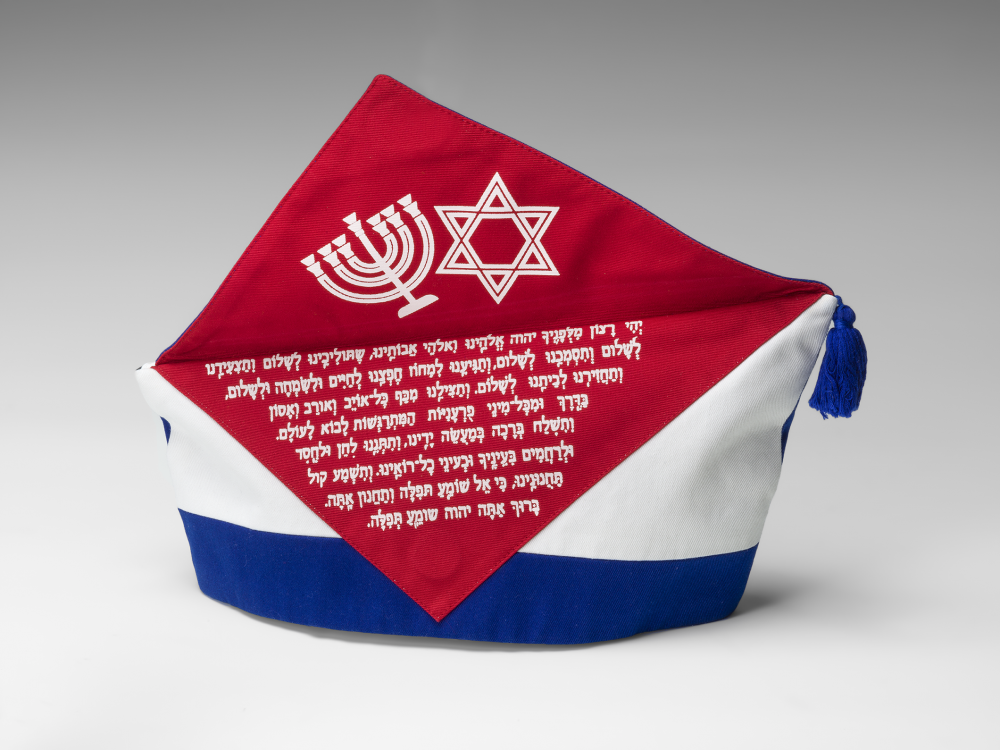 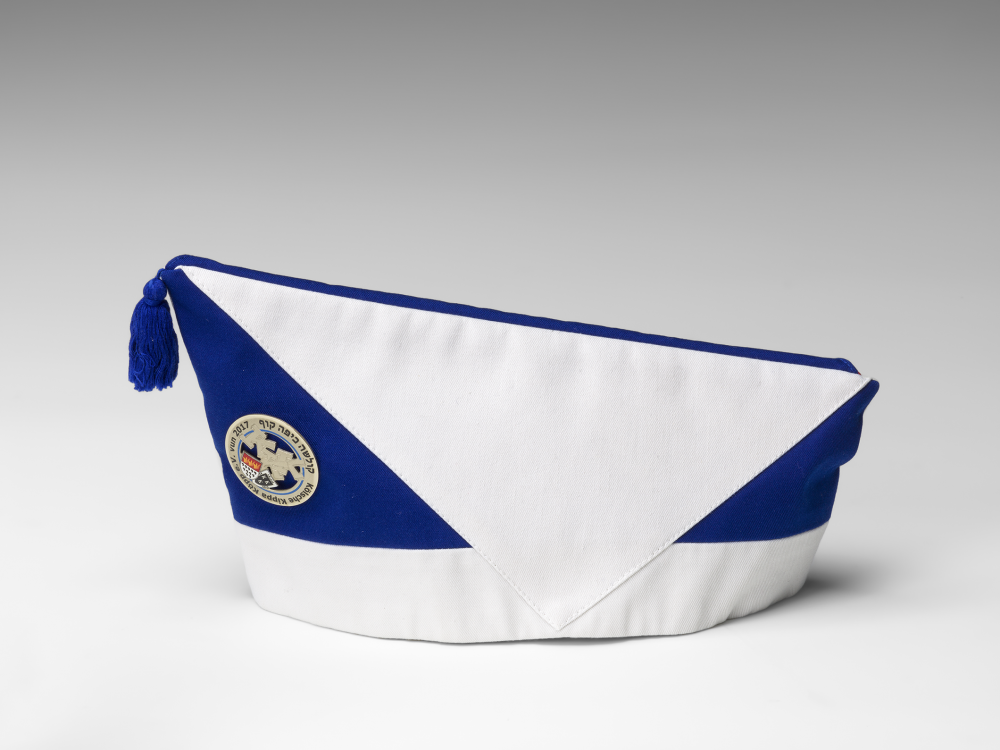 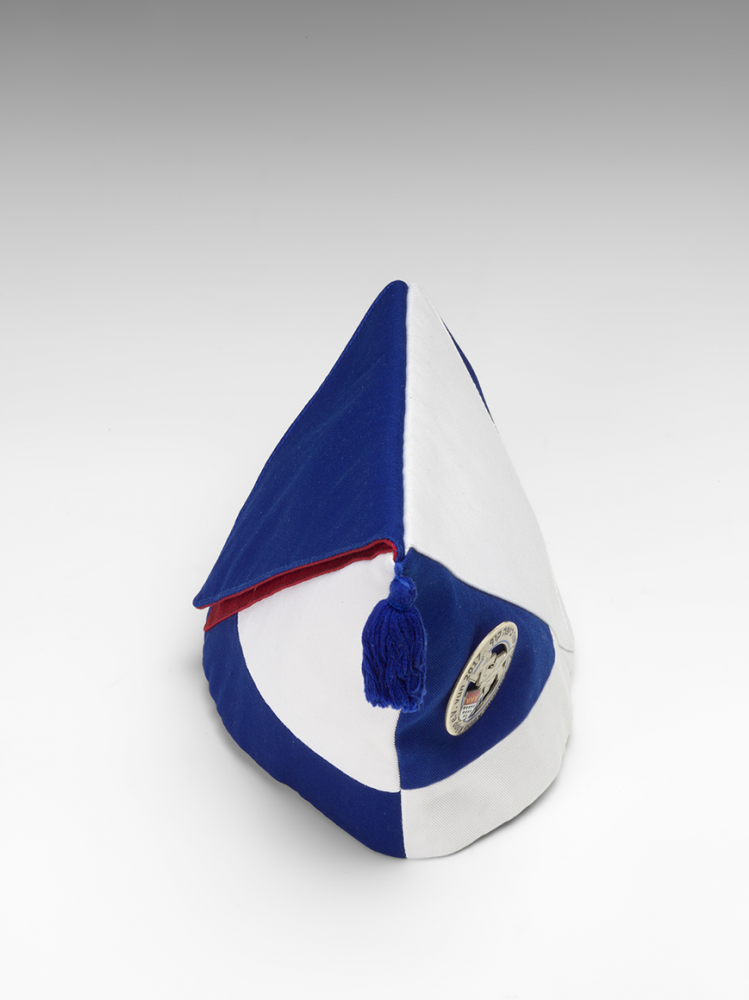 While the logo is easily recognizable, the wearer decides whether they want to make the Jewish symbol visible.

A narrow red border is visible on the left side. If you lift the cap to the side, a Star of David, a menorah, and the Tefilat ha-Derekh – the Traveler’s Prayer – are revealed. Jewish carnival revelers are on their feet a lot. While the logo is easily recognizable, the wearer decides whether they want to make the Jewish symbol visible.

“There’s no such thing as a ‘Jewish carnival,’ only Jews who celebrate carnival.” (Aaron Knappstein)

Even though the Kölsche Kippa Köpp follows the tradition of the Kleiner Kölner Klub, explicitly addressing Jewish themes and also bringing Carnival into the Jewish community, local traditions and Jewish self-understanding are not in conflict. As Knappstein outs it:

Before the donor gifted us his Krätzchen for the collection, he wore it one last time in Yael Reuveny’s video installation Mesubin. Because this work is now part of our core exhibition, this carnival performer joins the polyphonic chorus of Jewish voices in Germany today. 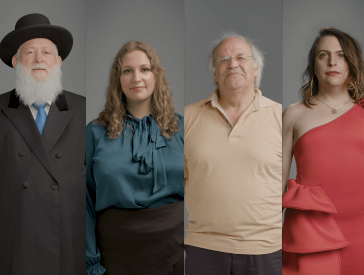 Short Films by Yael Reuveny about Jewish Life in Germany 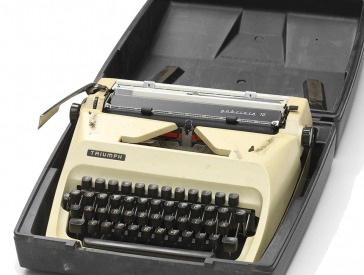