Male circumcision is a ritual that dates back millennia. Statistics reveal that around one third of the world’s men and boys are circumcised for various reasons.

Through the exhibition "Snip it!" the Jewish Museum Berlin gave some surprising insights into the significance of this ritual whose religious, historical, and cultural roots are largely unknown.

A group of sculptures at the entrance to the exhibition considered the othering of the body, portraying non-European body modifications as well as archaic reminders of circumcision in the ancient East – for example, a standing statue of Snofru-nefer, an Egyptian court official from the 5th Dynasty (around 2400 BCE).
The hyperrealistic sculpture Murray by Evan Penny (1998) evoked present-day body images – like 70% of US American males, the figure is circumcised.

Video recording of speeches (in German) from Program Director Cilly Kugelmann and Curator Felicitas Heimann-Jelinek at the exhibition opening. 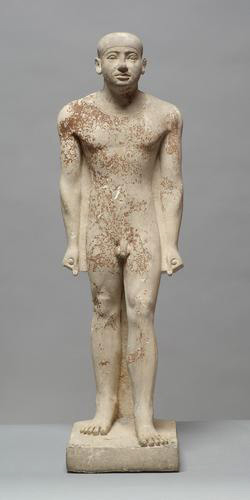 The ritual of circumcision is thousands of years old. In ancient Egypt, male circumcision was presumably carried out as a rite of passage into puberty. Egyptian statues were typically dressed, so the nakedness of this statue of Snofru-nefer is unusual. As is visible in most Egyptian portrayals, the body is featured as idealized and youthful.
Standing sculpture of the court official Snofru-nefer (Egyptian, late 5th Dynasty, approximately 2400 BCE, limestone), "Kunsthistorisches Museum Wien mit MVK und ÖTM" (Art History Museum Vienna), Egyptian and Near Eastern Collection 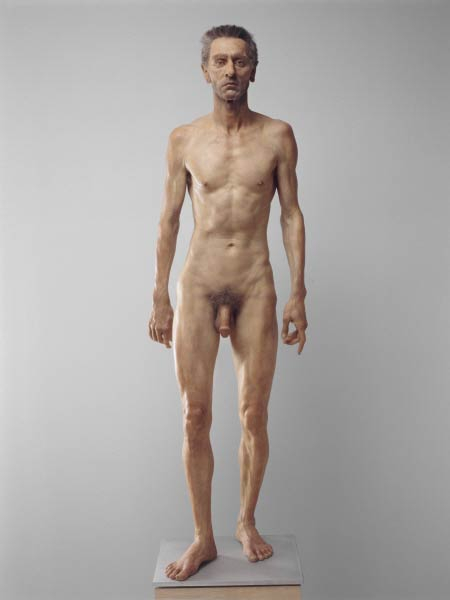 A friend of the artist posed as the model for this hyper-realistic sculpture Murray. In the USA, male circumcision at birth is considered routine procedure and is explained as a societal phenomenon, rather than a religious one.
Statue Murray: Colour, Evan Penny, Canada, 1998, resin, Collection of Fernando Latorre Gallery, Madrid 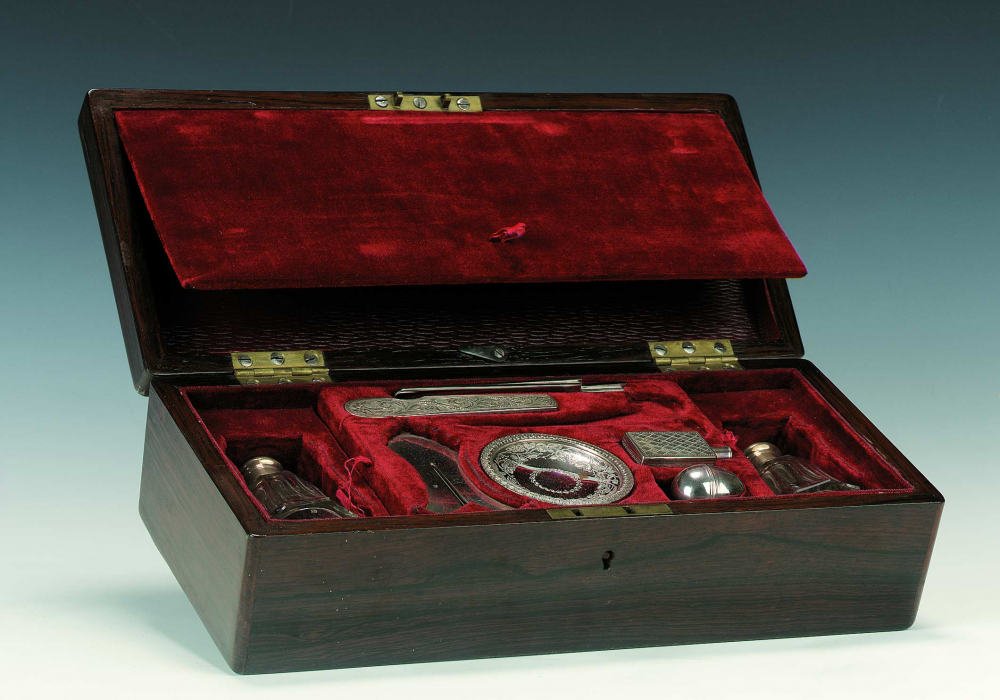 Over the course of the circumcision debate within the Jewish community in the first half of the 19th century, the instruments used for circumcision were modernized. To appease demands for more hygenic care, special containers were manufactured, which circumcisors carried with them. The scissors from this set are lost. London, 1844; Jewish Museum London 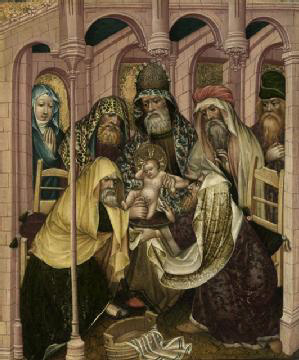 The Circumcision of Christ

The naked infant Jesus is in the middle of the picture between five shrouded men, two of which carry out the circumcision. Their partly Moorish clothing emphasizes the strangeness of the ritual. Jesus' naked body is the body of truth. According to the Christian interpretation of Jesus as true man and true son of God all at once, he readily accepts his circumcision as his first wound. Maria, in the gesture of prayer, and Joseph look out devoutly from the background upon the infant.
Die Beschneidung Christi, South German Master, Regensburg, 1400–1450; State Art Gallery of Karlsruhe

Beginning with the Jewish concept of a covenant sealed with this bodily sign, the exhibition also explored the topic from Islamic and Christian viewpoints. It presented the ritual's roots in Abraham's covenant with God and explored the topic from the circumcision of Jesus to pop-cultural references in American TV shows. Along the way, deep-rooted antisemitic and Islamophobic attitudes were elaborated.

The brit milah, the ritual removal of the foreskin on the eighth day of life, is one of the most important religious commandments in Judaism. The exhibition explored law and custom not only through objects surrounding the ritual itself, but also physical expressions of its echoes in art and material culture.

The more than sixty objects and artworks also included a circumcision bench from Germany from around 1750, which is otherwise on show in our permanent exhibition at the Jewish Museum Berlin and plays a central role in the following animated video: 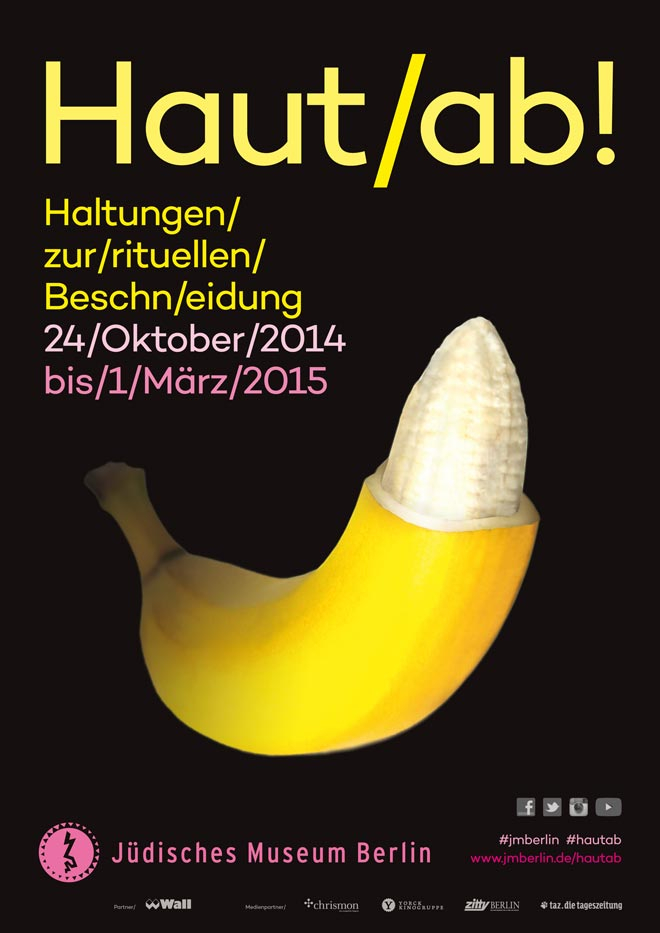 In the Islamic community, circumcision is both a duty and a tradition of faith. Although the ritual is not explicitly mentioned in the Koran, circumcision is believed to be a legacy of the prophet Ibrahim and is a festive occasion.

The historical representations and ceremonial items shown in the exhibition reflected a variety of festive traditions whose influence extends to the present day.

The traditional Turkish Karagöz shadow theater was a an inherent part of the entertainment program at circumcision festivities during the time of the Ottoman empire. Here you can see figures from Die Beschneidung, oder: Des Verwundeten Erfreuung by Karagöz master Emin Senyer and an ensemble from Istanbul, which was performed in the Jewish Museum Berlin in 2015; Jewish Museum Berlin, Photo: Jens Ziehe

The perception of the circumcision ritual also plays an important role in Christian iconography. Circumcision scenes such as the painting by Peter Paul Rubens illustrate that Jesus' "Jewish birth" and his naming ceremony on his circumcision day were portrayed as a celebration and were thus part of the church calendar.

The exhibition also considered anti-Jewish motifs in the tradition of Christian imagery, which even included representations of blood libel (accusations of ritual murder). 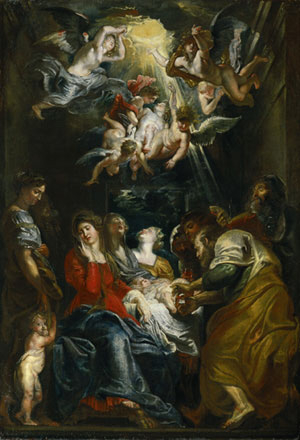 The Circumcision of Christ (Modello), Peter Paul Rubens, Genoa, around 1605, oil on canvas, Picture Gallery of the Academy of Fine Arts Vienna

In 2012, the Regional Court of Cologne classified the circumcision of boys as "bodily harm." The verdict sparked a heated debate about ritual circumcision in Germany that was followed closely by the international community. In the exhibition's final room, documentaries, film clips, and interviews commented on the controversial topic – sometimes seriously, sometimes ironically.

Blog Entries on the Exhibition Snip It! Stances on Ritual Circumcision

More on circumcision and its controversies 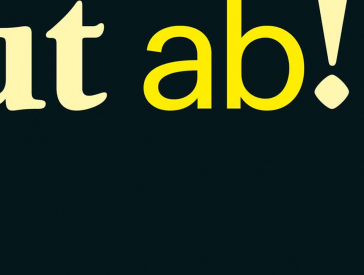 Monday Movies for the Exhibition: Snip It! Stances on Ritual Circumcision (4)

Events Accompanying the Exhibition: Snip It! Stances on Ritual Circumcision (4)