Kol Nidre and the “Civil Improvement of the Jews”

Controversies throughout the Ages

As always on the eve of Yom Kippur, the Day of Atonement, synagogues will be overflowing with people anxiously waiting for the singing of Kol Nidre.

“all vows, obligations, oaths or anathemas, pledges of all names, which we have vowed, sworn, devoted, or bound ourselves to,”

either from the past year or for the year to come.

What is Yom Kippur?

Yom Kippur (Hebr. for the Day of Atonement), the highest of all Jewish holidays, celebrated in fall with fasting and prayer in the synagogue 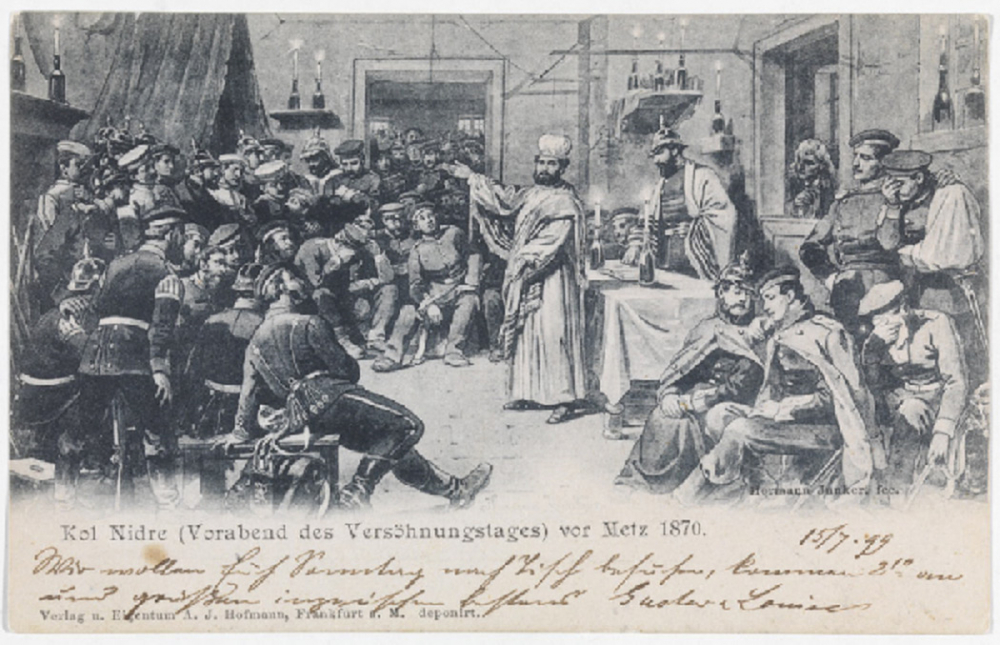 Postcard Kol Nidre outside Metz 1870; Jewish Museum Berlin, accession 2002/6/3, gift of Liselotte Eschenbach, photo: Jens Ziehe. Further information on this object can be found in our online collections (in German)

This somewhat surprising imploration has caused many prominent Jewish thinkers to question the prayer’s validity. While some maintained that the possibility to annul vows is supported in the Talmud (Nedarim 23), others, such as R. Amram Gaon (810-875), proclaimed Kol Nidre to be “a foolish custom that should not be followed.” Rashi (1040-1105) argued that the declaration is only valid for vows one has forgotten to follow, and Halakhah books such as the Kol-Bo claimed that one should omit Kol Nidre altogether, advice that many communities followed.

The recurrent concern in many of these controversies was that it might lead people to think that Kol Nidre releases them from any kind of vow, be it religious or civil. What was at stake here was not only the capacity of Jewish authorities to preserve the community, but also the concern that this could impair the Jewish community’s dealings with other groups on which it was often heavily dependent, sometimes with fatal results. During the infamous Disputation of Paris in 1240, Nicolas Donin, a convert to Christianity, accused the Jews of being unfaithful and untrustworthy, since Kol Nidre allegedly allowed them to annul any vow made in court. To that, Yechiel ben Joseph of Paris – the same Rabbi who had excommunicated Nicolas Donin ten years earlier – replied that the declaration does not unbind one from social oaths but only from erroneous ones made before God. The controversy ended a few years later with the burning of the Talmud.

The same accusation was raised in at least one other disputation during the Middle Ages, that of Barcelona (1263), again by a convert – this time Pablo Christiani – with Nahmanides (Ramban). It is interesting to note that during that period, R. Meir of Rothenburg – a disciple of the same R. Yechiel of Paris – complemented Kol Nidre with an introduction still recited today, which allows ‘criminals’ (avaryanim) to take part in the ceremony. Whether this meant transgressors of the law or forced converts to Christianity (Anussim) who falsely took vows in the name of Christ remains highly debated up to this day. 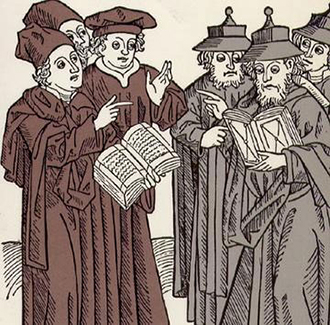 The accusation that Jews, who were reluctant to be judged by a Christian court in the first place, were unfaithful persisted throughout the Early Modern Period and was raised by Christians, almost always converts, who used Kol Nidre as proof. With the rise of Protestantism and the emergence of the notions of state and society, which gradually made jurisprudence independent from religion, the matter took on a legal aspect. Moses Mendelssohn is known for his adamant view that civil oaths are always to be maintained and cannot be unmade in a religious ceremony: Jews do not have to convert in order to become good citizens, and the Jewish religion does not pose a threat to ‘modern society.’ This line of reasoning, which was adopted by many of the Haskalah thinkers, went hand in hand with Christian Wilhelm von Dohm’s plea for a Civil Improvement of the Jews, which he wrote at the suggestion of Mendelssohn. However, it did not quiet the concerns from within and outside of the Jewish community, as was manifest throughout the 19th century. The first rabbinical conference in Braunschweig (1844), for instance, suggested omitting Kol Nidre in its current form. Later on, Abraham Geiger (1810-1874) drafted a new declaration which implored God to forgive all sins and crimes (psha’im). 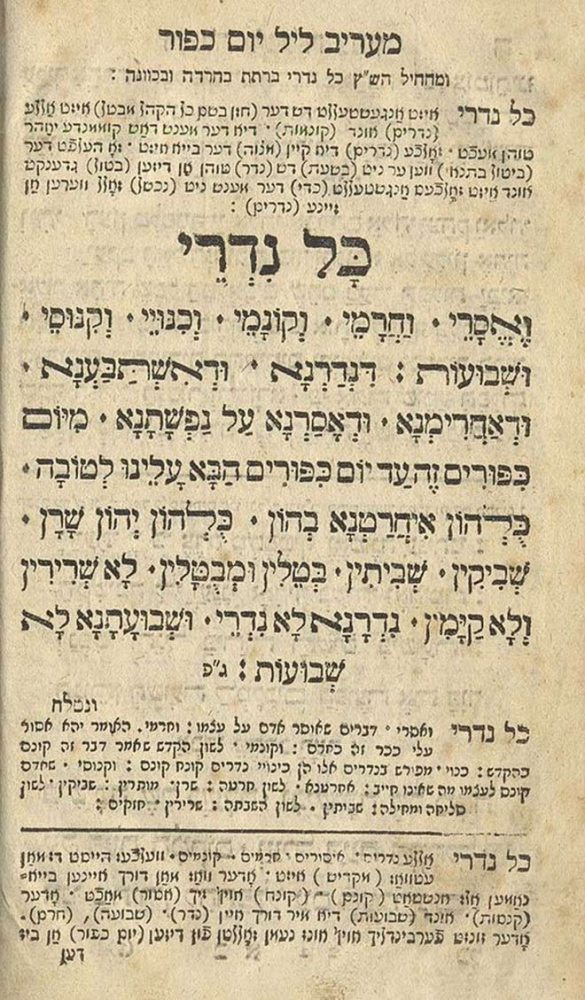 Who is Moses Mendelssohn?

Moses Mendelssohn (1729–1786), a leading philosopher of the Enlightenment who championed legal equality for Jews in Germany

Haskalah, (Hebr. for education or enlightenment), describes the age and the movement of the Jewish Enlightenment in the 18th/19th century

Interestingly, such attempts to abolish the prayer have not affected its immense popularity: Kol Nidre has become one of Judaism’s most known prayers and a unique, impressive event in Jewish liturgy. Perhaps the strength of Kol Nidre does not stem from its literal meaning at all, but rather from its endurance throughout the ages – an endurance that, as Max Bruch’s (himself a protestant) famous composition shows, has managed to withstand centuries of controversies and persecution.

Haim Mahlev (2015), Kol Nidre and the “Civil Improvement of the Jews”. Controversies throughout the Ages.
URL: www.jmberlin.de/en/node/6209