For artist Lesser Ury (1861–1931), the painting Moses Looks upon the Promised Land marked the end of a lifelong preoccupation with the figure of Moses. It is one of the monumental biblical paintings he created alongside his much better-known landscapes and street scenes.

The painting itself has been lost. All that has survived is the pastel drawing presented here. But this work impressively conveys the tragedy of the scene: after Moses leads the people of Israel out of Egypt, God summons him to Mount Nebo. There, God shows him the Promised Land on the plain of Canaan far below, which Moses is destined never to enter. There is a striking contrast between the bright blue land in the distance and Moses, who is shrouded in darkness.

A Dream That Almost Came True

Lesser Ury's dream was to present "large paintings illustrating fundamental social ideas" in a "temple of mankind that transcends all religion, but is full of the deepest religion" – and thus to contribute to "elevating humanity." The painting of Moses is a work for which his dream nearly came true. Ury completed it for the hall of honor in the Jewish pavilion at the 1928 Pressa exhibition in Cologne. The Jewish Community of Berlin later acquired the painting for its art collection and exhibited it in 1933 at the opening of the first Jewish Museum in Berlin. It is not known whether the pastel drawing was done before or after the missing painting. 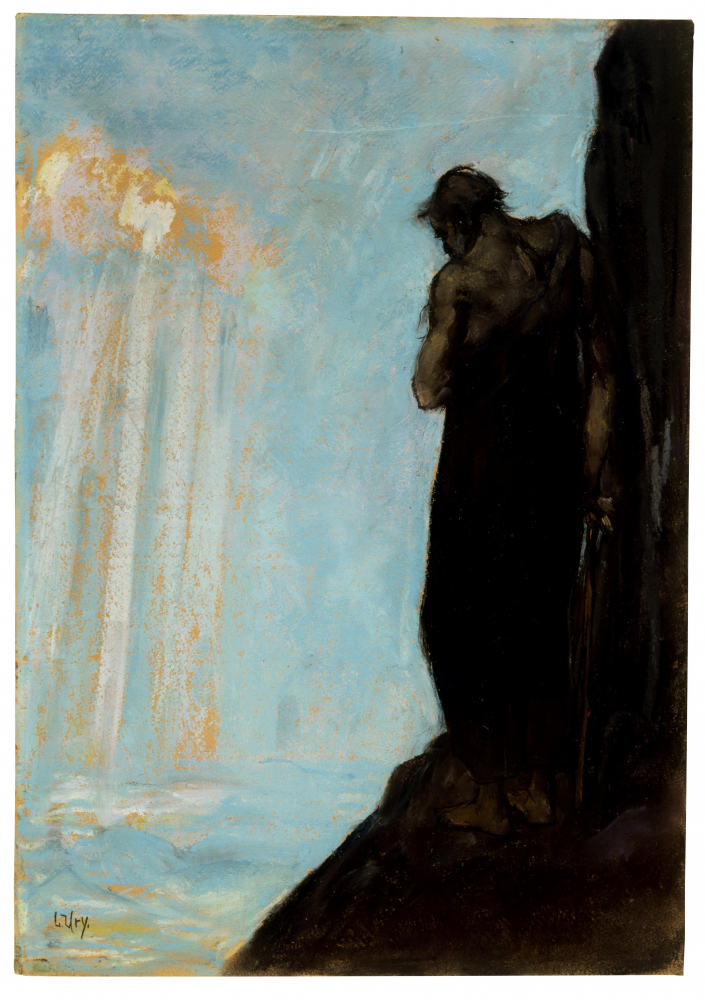