In this painting, Albertine Heine (1814–1879) appears at first to be a Christian Madonna in an Annunciation scene. She holds the ring near her heart, wearing a white dress and a bridal wreath of myrtle in her hair, with her gaze modestly lowered. But although the frame calls to mind an altarpiece and individual details allude to traditional portrayals of Mary's Annunciation, this bride is not Madonna.

A Celebration of Private Joy

The church in the background is the Marienkirche in Berlin, which was visible from Albertine's childhood home. Also, her hair is not only adorned with a regular lily, the flower of innocence, but also with a lily of the valley, a traditional symbol of love. This reveals the painting to be a celebration of private joy.

A Wedding after a Secret Engagement

The painter August Theodor Kaselowsky (1810–1891) was a student of Albertine's brother-in-law, the artist Wilhelm Hensel (1794–1861). The painting was made on the occasion of Albertine's marriage to Paul Mendelssohn-Bartholdy (1812–1874), the grandson of the philosopher Moses Mendelssohn, on 27 May 1835. Paul's father had long rejected the union but the couple had been secretly engaged since 1831.

Both the bride and the groom came from Jewish families, but their parents were no longer religious and had their children baptized for pragmatic reasons: they wanted to spare them the hostility and social restrictions to which they themselves were subject. Another case of private joy in a Christian guise.

The Gospel of Luke describes how the Angel Gabriel told Mary of her conception of Jesus of Nazareth. This is a widespread subject in Christian art.
More on Wikipedia 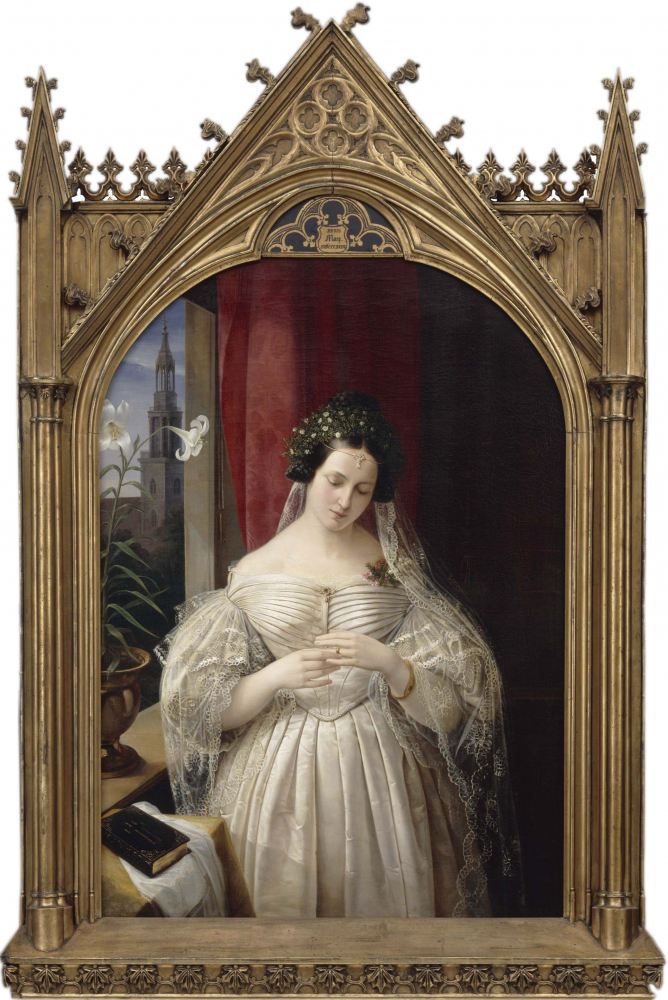