Max Liebermann (1847–1935) – the best-known German-Jewish artist, the most important representative of German impressionism, president of the Berlin Secession and the Academy of the Arts – produced almost seventy self-portraits in his lifetime. 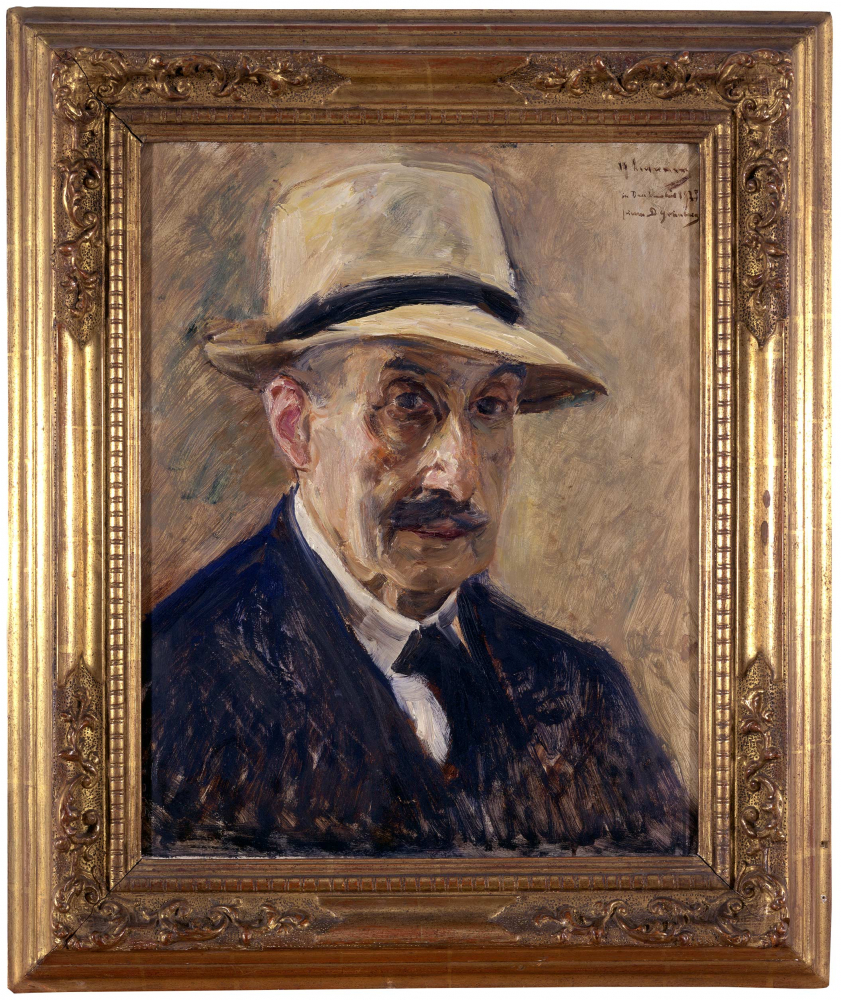 Distance as a Guiding Principle

In most of them, Liebermann depicted himself in a suit, meticulously recording the changes in his facial appearance with matter-of-fact restraint. Communicating current moods in these portraits was not his style – distance was a way of life for him, a man who described himself as "utterly bourgeois."

A Touch of Resignation and Melancholy

In this late self-portrait, the artist also presents himself as bourgeois in his dark suit. He is also wearing a Panama hat, as in many of the photos taken in the summer house at Wannsee. Two years after celebrating his 80th birthday and receiving great honors, the artist painted himself here with a touch of resignation and melancholy, no doubt in part due to his age but also to the political circumstances of the time.

The small format and the close detail give the painting a personal feel which is further emphasized by the dedication "with gratitude" to the dentist Joseph Gruenberg. And yet, the figure's countenance is as bourgeois as ever.

Today the artist’s summer house on Lake Wannsee is a museum specializing in artworks Lieberman created there and the story of his family.

The Berlin Secession school of artists was founded in 1898 as a breakaway from the previously dominant academic art sector and played a central role in German Impressionism.

This artists’ association was founded in 1696, making it one of the oldest European cultural institutions.