Persecution and Loneliness: A Painting by Felix Nussbaum

In his painting Loneliness, Nussbaum (1904–1944) openly examines his plight as a target of persecution, one of very few artists to do so. Nussbaum painted it in Brussels, where he was in hiding with his wife, in 1942.

As with many of Felix Nussbaum's later works, Loneliness's color palette consists of drab shades of gray and brown. Although the truncated branches of the trees and the narrow boarded alleyway create an atmosphere of menace and death, the ashen figure of a young man in the foreground seems to promise redemption. He points to his naked torso in the characteristic gesture of a martyr. A faceless, doll-like figure pursues him from behind with a megaphone. Unlike his well-known work Self-Portrait with a Jewish Passport, completed one year later, and unlike his paintings from the internment camp, this depiction shows his hopelessness in a scene that remains enigmatic in many ways and evokes a sense of anguish.

From Rome to Auschwitz: Felix Nussbaum's Story of Persecution

Felix Nussbaum's work reflects a story of persecution. When the Nazis assumed power, the artist was living in Rome on a scholarship. Instead of returning to Germany, he traveled via Switzerland to France and later to Belgium. After German troops invaded the country, he was arrested and interned in the Saint-Cyprien camp in the Pyrenees. He managed to escape and went into hiding in Brussels with his wife, the fellow artist Felka Platek (1899–1944). In July 1944, the couple were denounced, arrested, and deported to Auschwitz, where they were murdered. 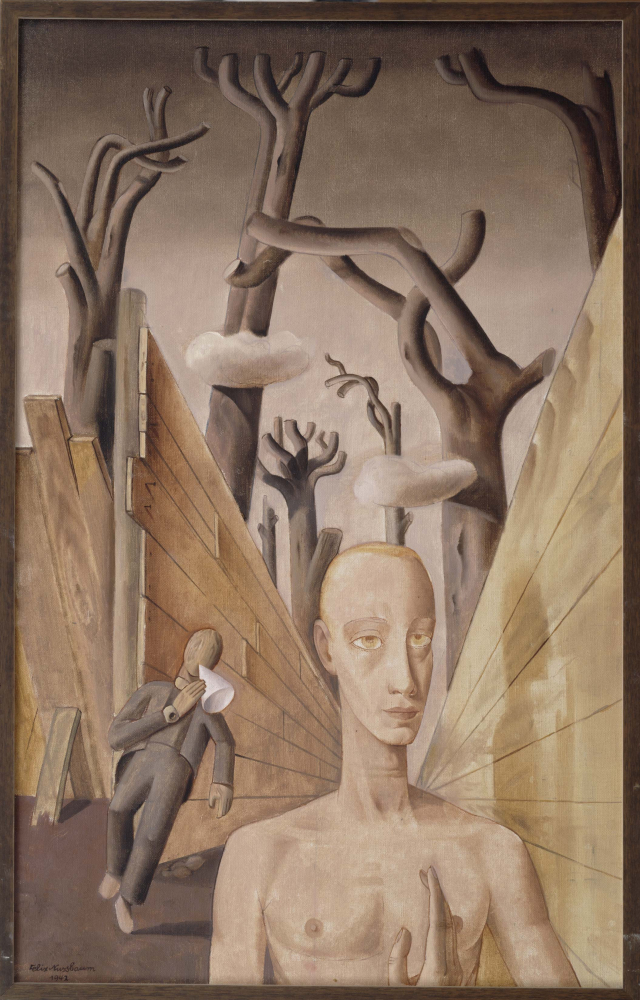