A Painting with a Secret Message: Lovis Corinth's Portrait of Charlotte Berend

Lovis Corinth (1858–1925) painted this portrait of a young woman during a beach vacation together on the Baltic coast. The portrait subject, Charlotte Berend (1880–1967), came from a Jewish merchant family and took lessons with the well-known painter. She became one of his favorite pupils and the couple were engaged later in 1902, the same year that this picture was painted.

Corinth was already exploring the limits of convention through the subject’s casual stance, with her head back and shoulders uncovered, suggestive of the sensual, erotic portraits he went on to paint of Charlotte Berend in the years that followed. Hidden in the picture is a dedication from the artist to his lover. Barely visible on the back of the chair "m(ein) l(iebes) Petermannchen" (my dear Petermannchen) is written. She herself traced this nickname back to an inside joke. Petermännchen is a household imp in German folklore. But Corinth was probably aware of another meaning: it is also a name for the weever, a fish that can suddenly reveal its poisonous spines and inflict serious injuries.

The Stereotype of the "Beautiful Jewess"

Lovis Corinth had many Jewish commissioners, as numerous portraits prove. This one of his future wife is evidence of the dialog between two artists and at the same time evocative of the stereotype of the "beautiful Jewess." It tells of the tension surrounding Jewish identities both within and apart from religious and bourgeois life.

Out of Her Husband's Shadow

Once married, Charlotte Berend increasingly subordinated her own artistic work to that of her husband, although she remained an exhibiting member of the Secession group of artists. After her husband's death in 1925, she organized his estate and arranged exhibitions of his work. But Charlotte Berend-Corinth also became active as an artist in her own right and established a painting school in Berlin. In 1939, she emigrated to the United States, where she wrote memoirs and exhibited her own work. The artist died in New York in 1967 – shortly before the opening of her exhibition at the National Gallery in Berlin. 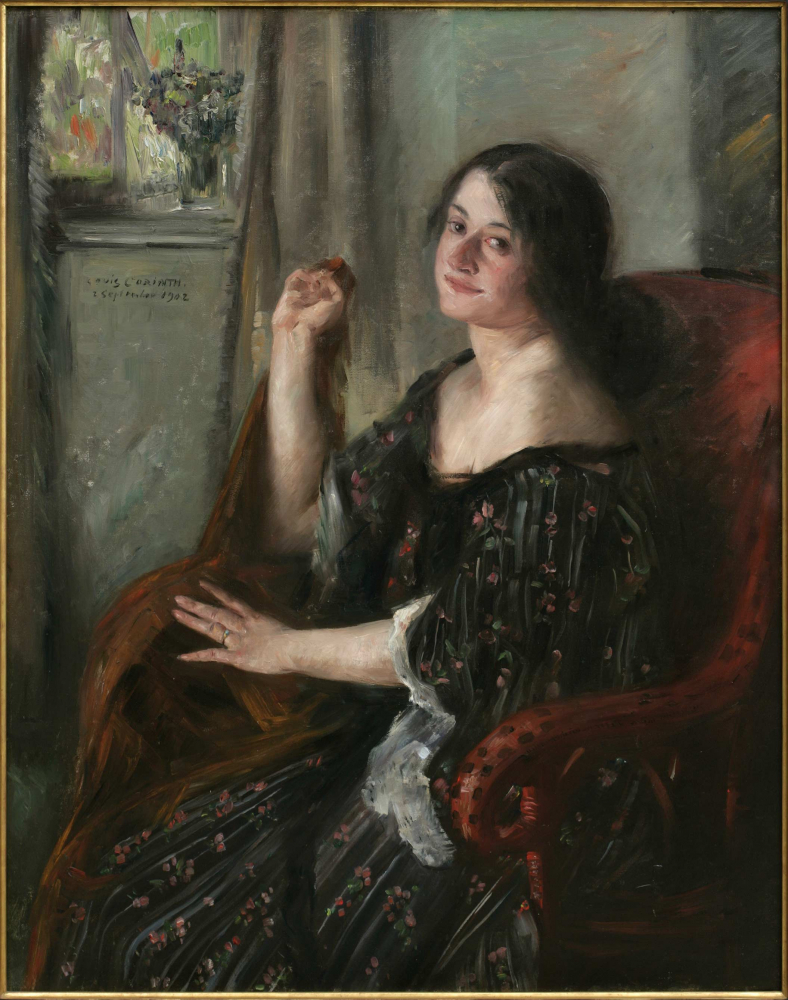