The Painter Otto Freundlich and His Socially Utopian “Composition”

Otto Freundlich (1878–1943) painted this abstract composition in 1938 – one year after another artwork of his had been branded "degenerate art" in Nazi Germany. The title page of the guide on the exhibition of the same name featured his sculpture The New Man from 1912.

In 1938, in his new home of Paris, the Jeanne Bucher Gallery showed an exhibition of his work to mark his 60th birthday. Over 20 friends and artist colleagues signed an appeal to the French government to purchase two works for the National Museum of Modern Art in order to support the destitute artist.

The Nazis applied the term “degenerate art” to all artworks and cultural movements in modern art that did not match their notion of art and their ideal of beauty. Communist artists, Jewish artists, and any artists whose works diverged from Nazi ideals were persecuted and prohibited from painting or exercising their profession. Their artworks were removed from museums and public collections. 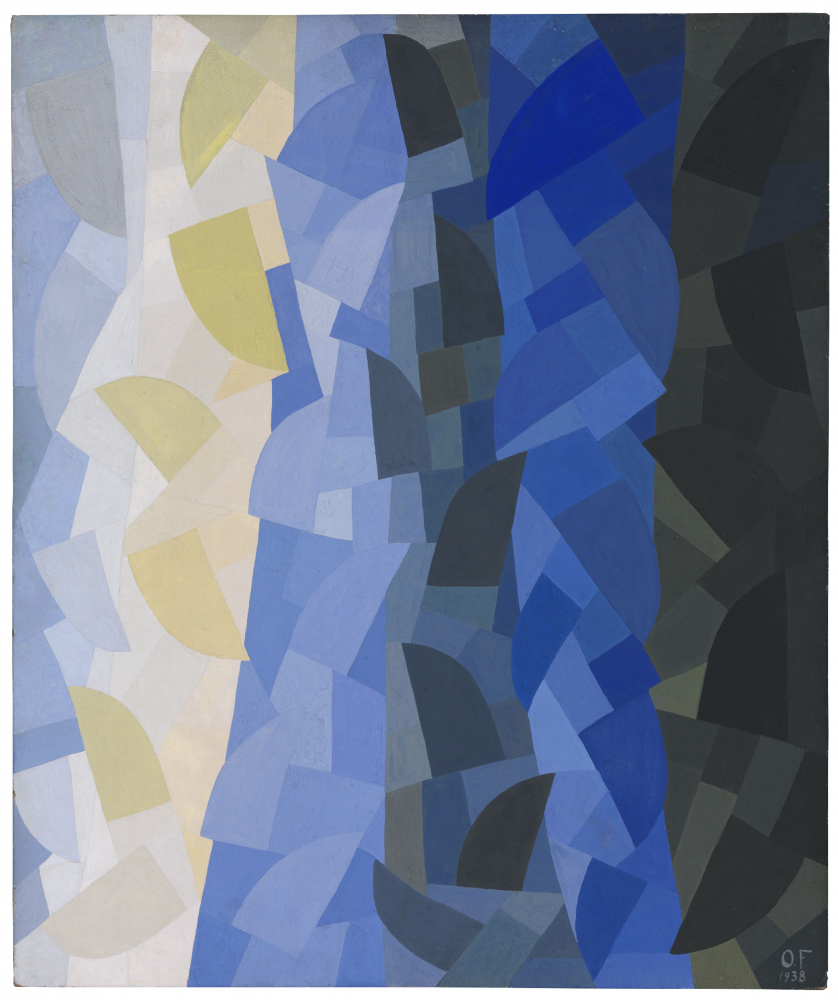 Following the occupation of France in 1940, Otto Freundlich tried in vain to leave the country. He ultimately lived undercover with a farming family in a Pyrenean village. He was arrested after denunciation and deported to the Sobibor extermination camp. He died there on the day of his arrival.

Throughout his lifetime, Otto Freundlich had close contacts to left-wing avant-garde groups: Dada in Berlin and Cologne, the Progressive Artists' Group in Cologne, and "abstraction-création" and "Cercle et Carré" in Paris. For him, the emergence of new art and a new society had always been connected. The social, utopian substance of his abstract compositions is reflected in titles such as ascension and mon ciel est rouge (my sky is red).

In his art, Otto Freundlich rejected any form of boundary – accordingly, the blocks of color in his "Composition" join into a movement that points outside the frame. The tight connections between the cellular "puzzle pieces" signal a flow from darkness into light in which blue, the traditional color of transcendence, gives way to a radiant yellow.