From Men's Leisure Outfitter to James Bond: A Family Story

With this poster by the well-known graphic artist Louis Oppenheim (1879–1936), the S. Adam clothing store advertised its products in 1908. Sports enthusiasts, both men and women, got their equipment there for hiking trips or ski vacations. 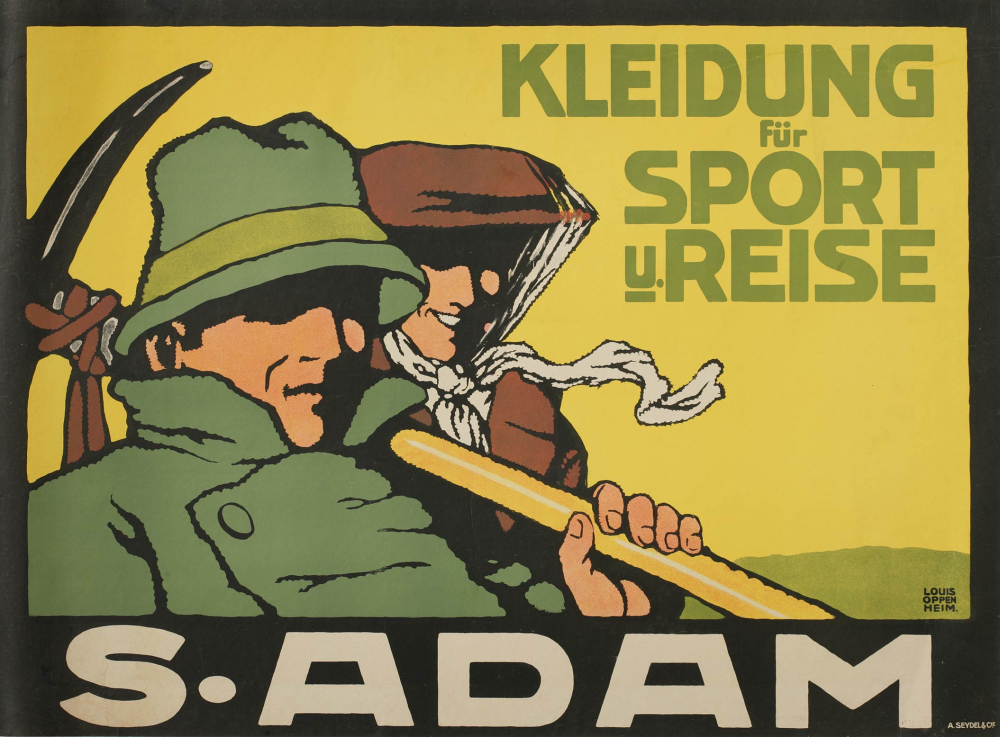 The business was founded in 1863 by Saul David Adam. Situated at a prime location in the center of Berlin, the store specialized in fine men's and boy's wear, including bathrobes. However, the accelerated pace of urban life in the early twentieth century affected the business, which had passed into the hands of his sons. As the prosperous middle class was swept by the sports craze, S. Adam introduced and expanded a suitable product range, adding gear for travel, sports, and tropical climates.

The director Arnold Fanck (1889–1974), later famous for films such as The White Hell of Pitz Palu, used costumes by S. Adam for his first mountain films in the 1920s. Ties to the movie industry continued to bear fruit for family members long after the store had closed in 1937. Ken Adam attained international fame as a production designer for James Bond films. Born in 1921 to one of the Adam brothers in Berlin, he had emigrated with his parents to the United Kingdom in 1934.

Ken Adam donated his extensive body of work to the German Cinematheque. It has been available online since 2016.