“Will this misery come to an end soon? Every single man is honestly sick of it,” complains Private Julius Weinberg in a letter to his brother Benno in Dresden.

The undated letter was most likely written in the summer of 1915. The war had been raging for a year and would go on, despite Julius Weinberg’s hopes, for three more. At the time, Benno was about to be conscripted and his younger brother was strenuously advising him to avoid doing service.

Letter from Julius Weinberg to His Brother Benno 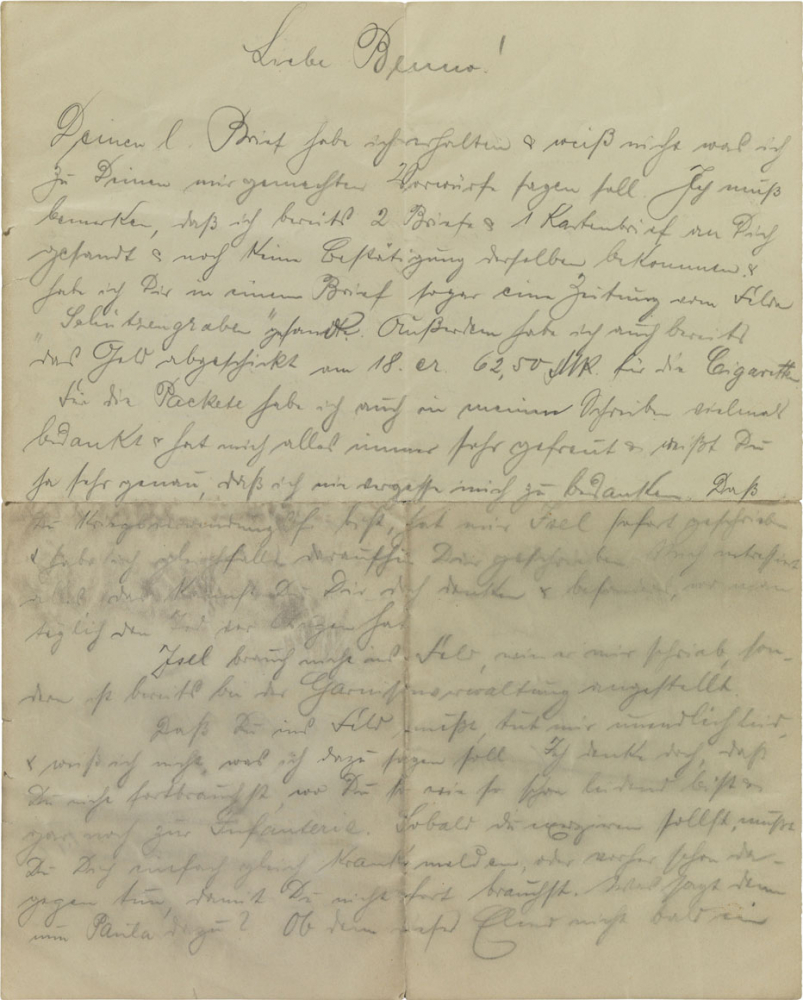 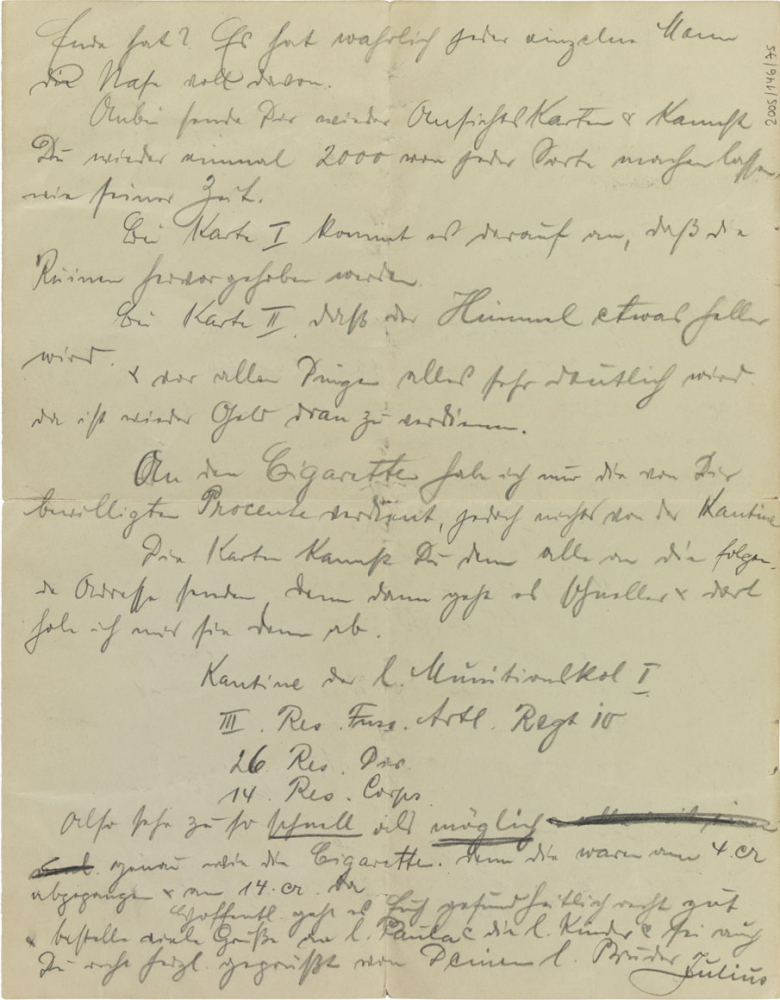 Letter from the Front

On 3 December, Julius Weinberg wrote to his brother again, trying to disillusion him:

“Stay home and then you won’t need to fret. Besides, you’d get a better position, for there’s no injustice greater than in the war & the military.”

In his letters, Weinberg asks his brother for large quantities of cigarettes and sends him picture postcards, requesting that multiple copies be made and sent back.
Soldiers coveted cigarettes. They served as anesthetics, hunger suppressants, and battlefield stimulants. They also sent thousands of picture postcards showing scenes of the front and their daily lives to their families back home. Julius Weinberg was clearly trading with these products, both popular items for bartering. 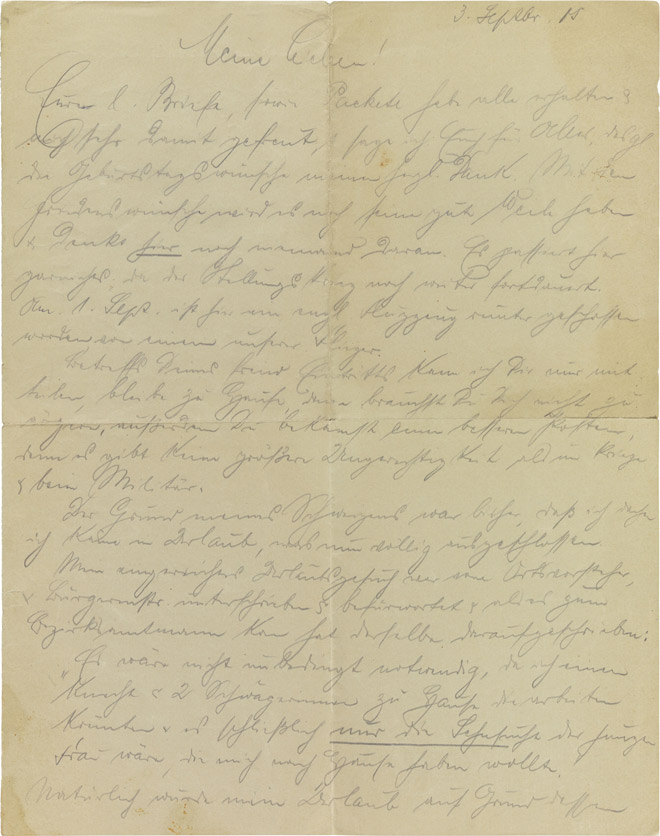 In September 1915, Weinberg and his company must have been in France, as he sent his brother a copy of the Lille War News.

Benno Weinberg did not heed his brother’s advice to report sick immediately upon conscription. He too was called up for duty, as was their brother Max. Max sent a photograph of himself and Julius in uniform to their family, writing on the back “that he [had] documented Julius’s visit with this picture.”

Marching with No Return

Based on the return address noted on a field service postcard from Julius Weinberg to Benno from February 1918, we can deduce that he was then serving in Medical Motor Convoy 710 in Damascus and was no longer on European soil. The convoy belonged to the Asia Corps and bore the official code name Pasha II. This was a unit of the German forces that had been deployed in the Middle East in support of the Ottoman Empire. 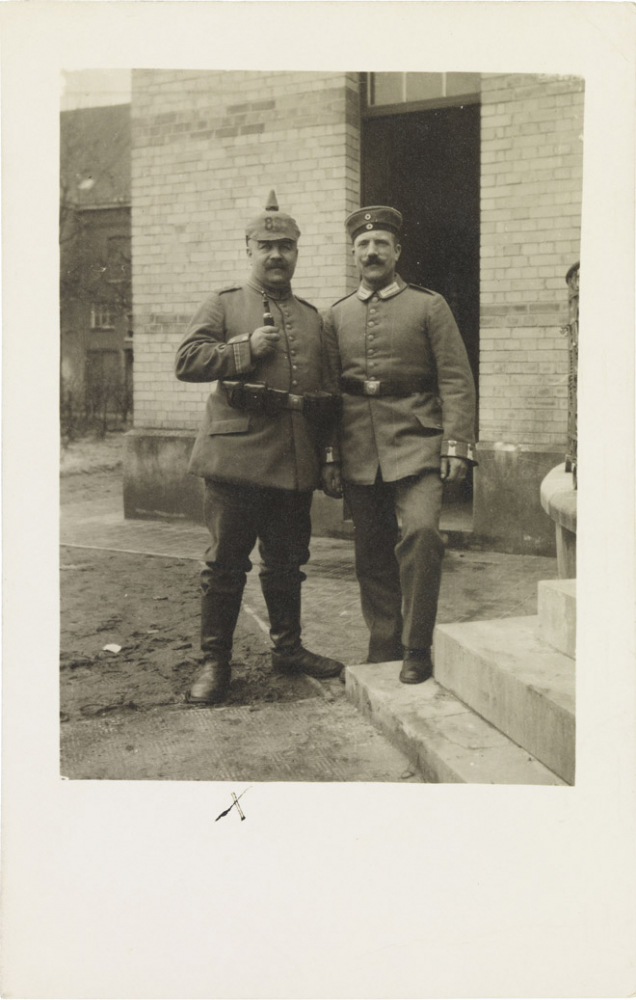 Field Service Postcard from Julius Weinberg to His Brother Benno 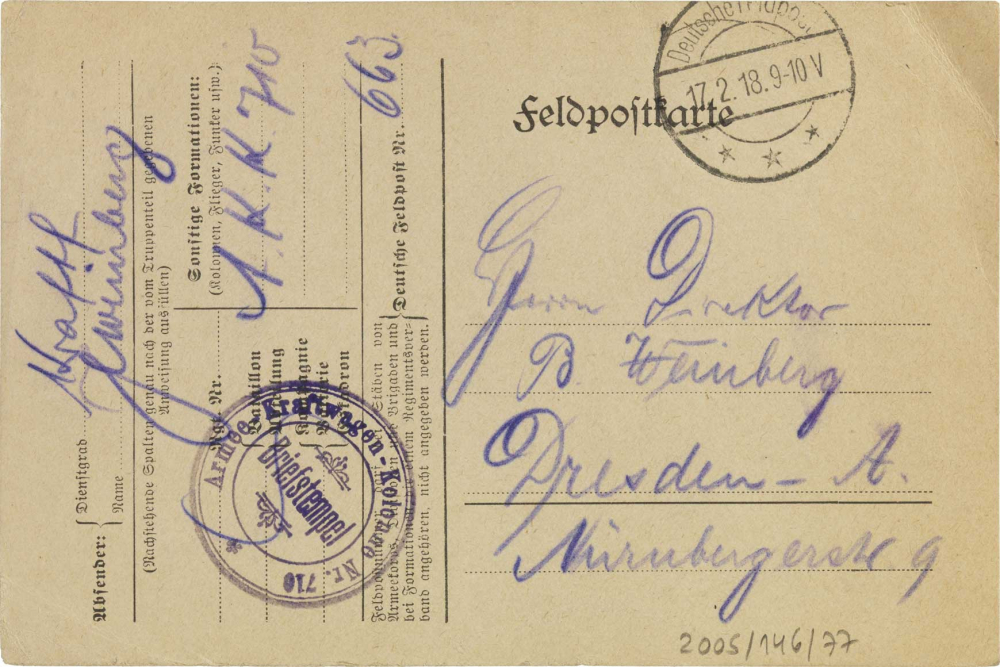 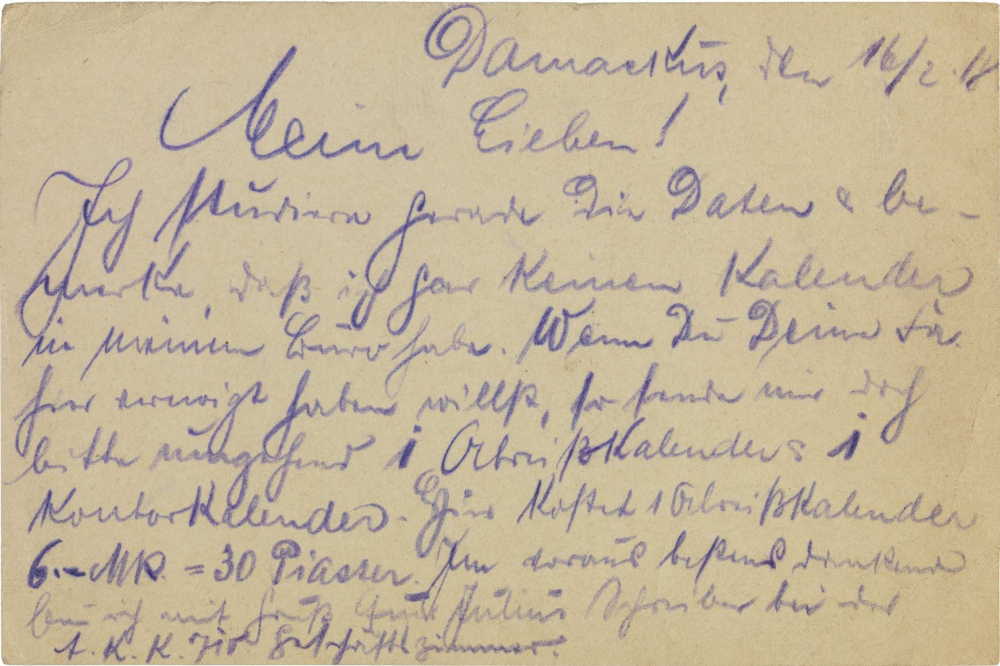 On 30 September 1918, Damascus was captured by Arab and British troops, but Julius Weinberg was not present to witness his army’s defeat. Several months earlier, on 11 March, he had died of typhus at a military hospital in Damascus. He was thirty-three years old.

The infectious disease, which was nicknamed the “war plague” and which caused chills, high fever, and often death, had not yet been scientifically investigated.

Hedwig Weinberg was the first family member to receive word of her husband’s death. She immediately sent a cable notifying her brother-in-law Benno and asking him to arrange for the remains to be sent home. 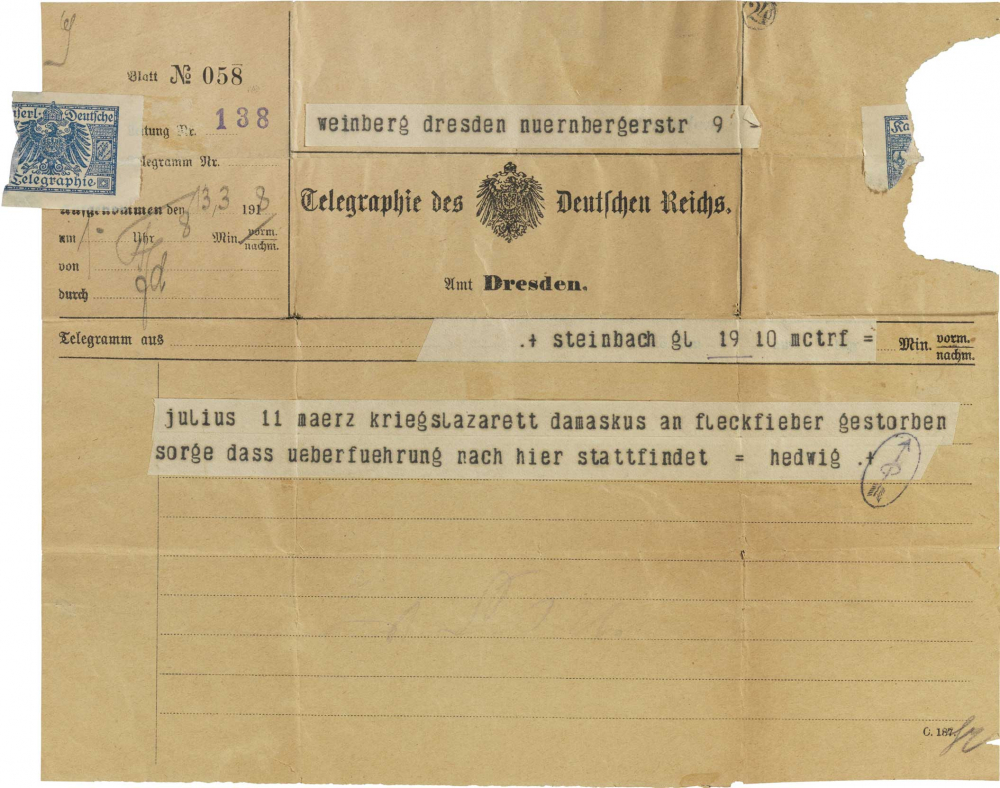 Widowed at age thirty-three, Hedwig Weinberg and her daughter Ruth continued living with the family in Steinbach am Glan.

After the Nazis came to power, most of her ten siblings emigrated. Hedwig and Ruth Weinberg were unable to follow suit. On 22 October 1940, they were sent to the Gurs camp in Southern France along with Hedwig’s father and one of her sisters. From there, they were deported in 1942 to Auschwitz, where they were murdered.

The few items attesting to the life of Julius Weinberg were among the papers of his niece Hilde Wagner, a daughter of his brother Benno. She had emigrated with her family to the United States in 1936, before it was too late.

You can find more information on our archival holdings related to Julius Weinberg in our online collections (in German).