"Dear Herr Burin!
I regret that it is my duty to inform you of the sad news that your dear son, Corporal Siegfried Burin, died a hero’s death on 25 Aug ’17 at 4:15 pm, killed by an artillery shell with two of his comrades."

As the fallen corporal’s father held this news in his hand, he was probably not consoled by the fact that a German-Austrian counter-offensive had shortly before beaten back Russian troops from the area where his son had been killed. But as the army report compiled on 25 August 1917 relays, “intermittent artillery fire” near Ternopil (East Galicia) cost Siegfried Burin his life.

Death beneath the Rubble

The letter details how it happened: Burin was trying to save two fellow soldiers from the ruins of a house when he was struck by an enemy grenade, which killed all three of them.

The soldiers were buried with military honors a few kilometers away in the cemetery of the village of Bavoriv. The family most likely never were able to visit the grave. 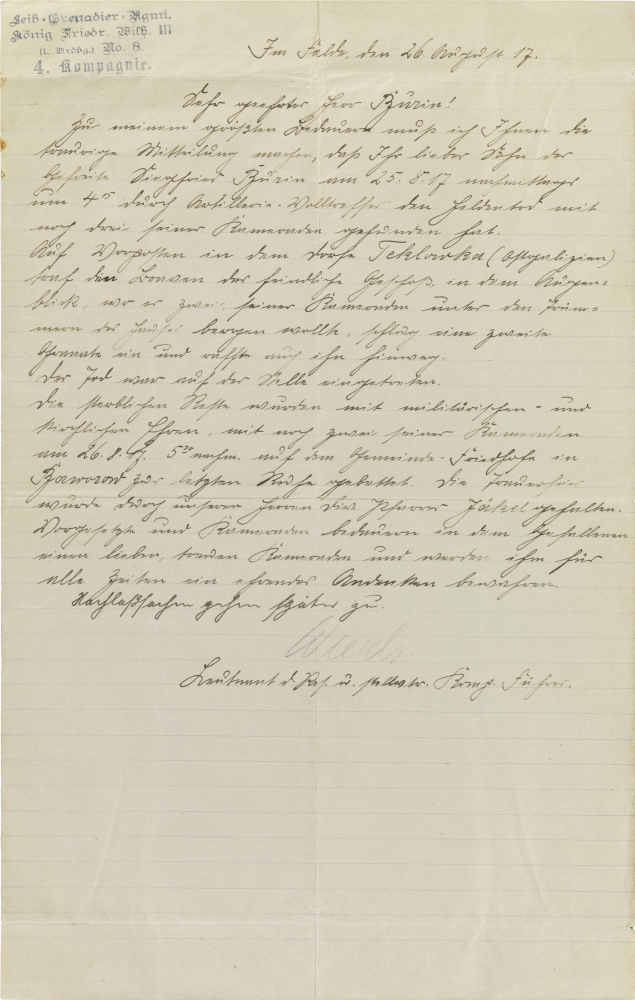 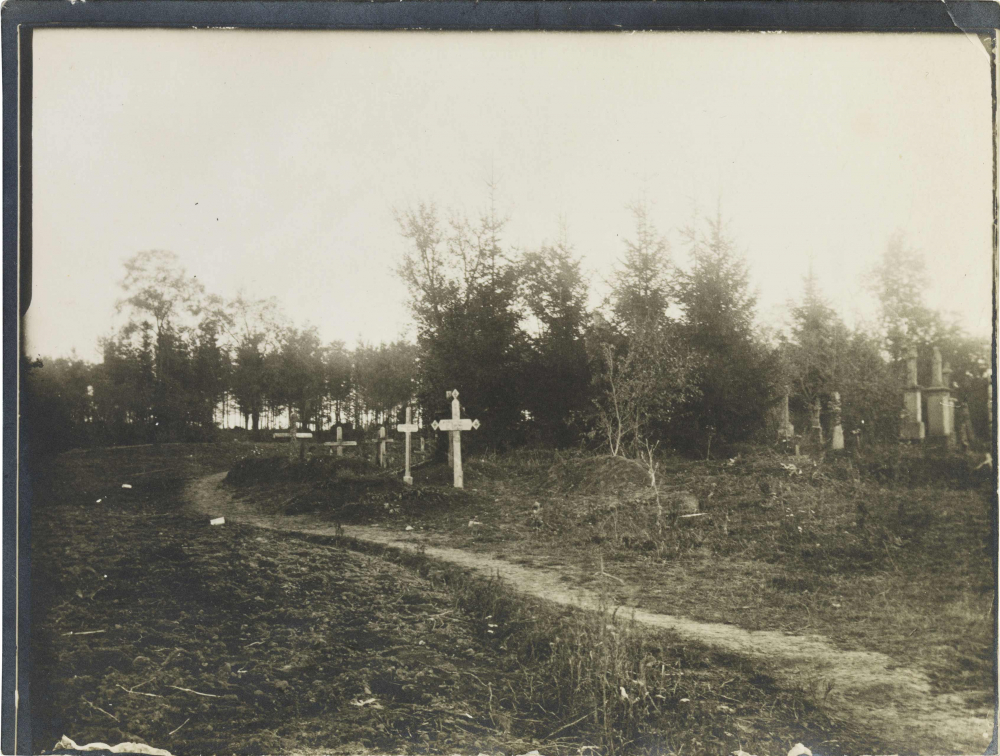 He was born 25 July 1889, the seventh child of Marcus and Eva Burin, née Goldschmidt, in Karlino, Pomerania. Five older brothers and a sister lived in the home of the religion teacher, who stemmed from Russia and became a Prussian citizen in 1880. In 1895, a last child was born into the family, Jenny, with whom Siegfried seems to have had a close relationship. 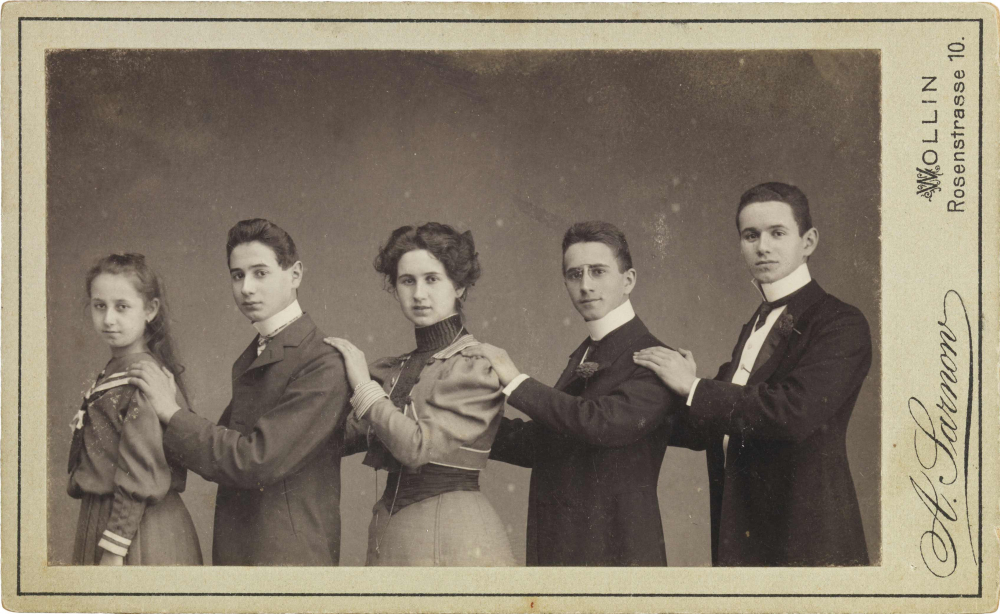 His brothers gradually left the house to seek their fortunes as salesmen.

On His Own Two Feet

In 1903, Siegfried too began training to become a salesman. In 1907 he worked as a sales clerk for the Martin Aron manufactured goods and wool company in Maszewo, West Pomerania.

Before leaving Wolin, Siegfried wrote a verse by Friedrich Rückert in his younger sister’s autograph book:

"If you want us to build
you into the house
then you have to let us
smooth you, stone."

The fact that he chose these words possibly reflects his own childhood experiences. As the youngest of five brothers, he certainly had to be willing to fall into line. 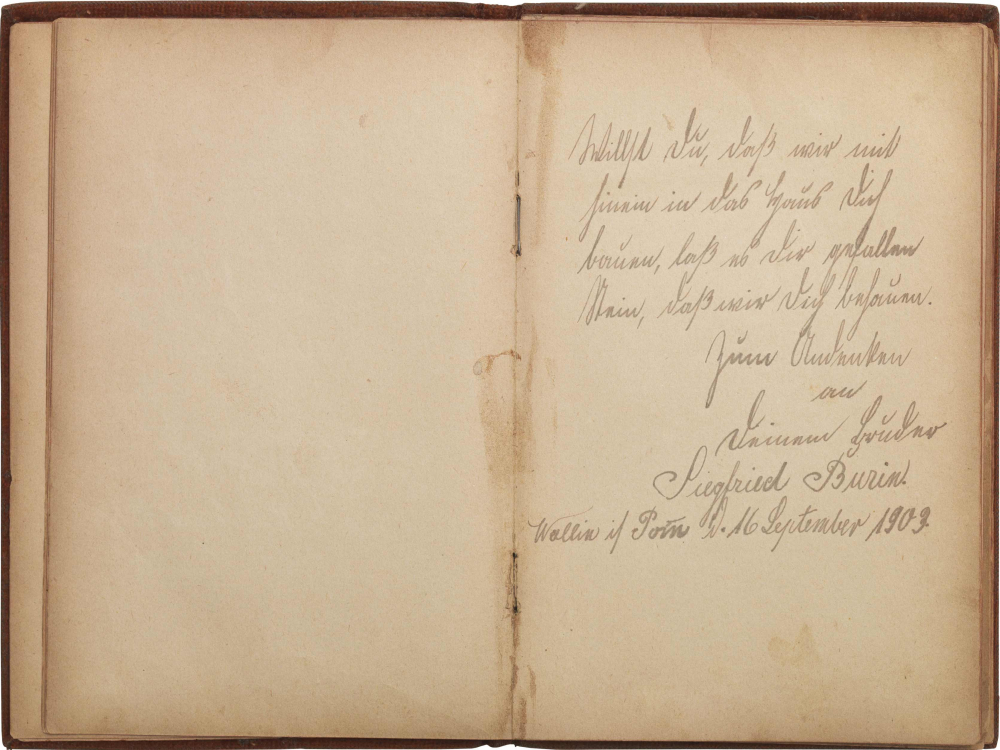 The next thing we know about Siegfried Burin is that he joined the Leib-Grenadier Regiment King Friedrich Wilhelm III in Frankfurt an der Oder, a unit rich in tradition.
In his rucksack, he carried a “Field Prayer Book for Jewish Soldiers.” 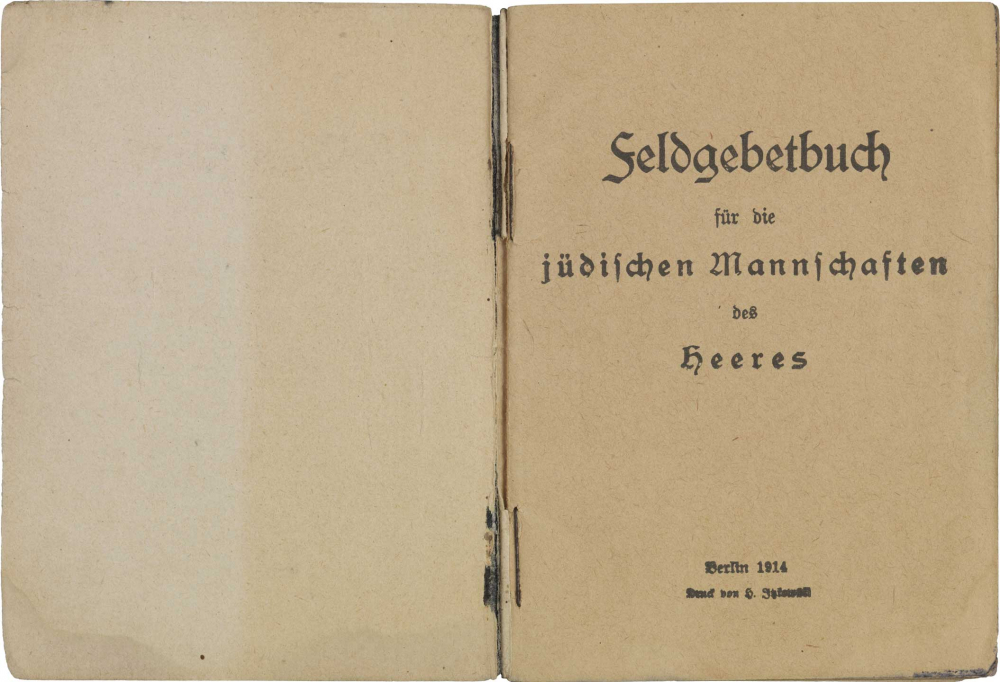 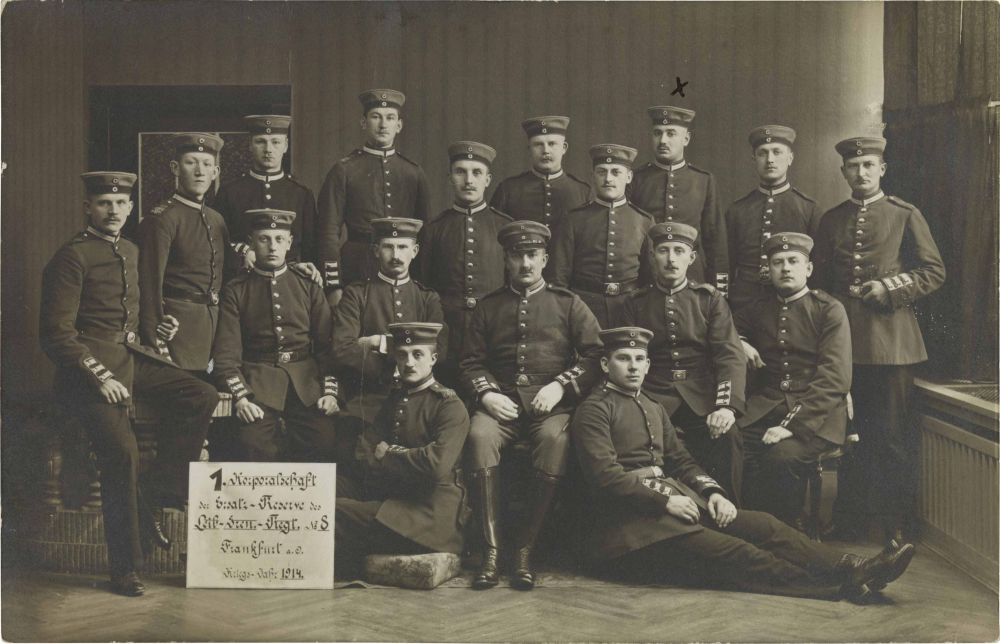 Burin had a portrait of himself in uniform taken at the Kaufhaus des Westens department store in Berlin, to where his parents had moved.

His salary book tells us more about where he went next. He was first stationed with his company at various places on the Eastern Front. On 10 November 1916, he was promoted to corporal.

Before that he became ill with malaria and was bedridden in a military hospital near Białystok until July, when he was well enough to return to his unit. In March 1917, he had to go to a military hospital again, this time in Magdeburg. The book does not tell us why.

One month later he returned to his regiment. In July 1917, he was granted an eight-day leave. It is likely that his parents saw him then for the last time. 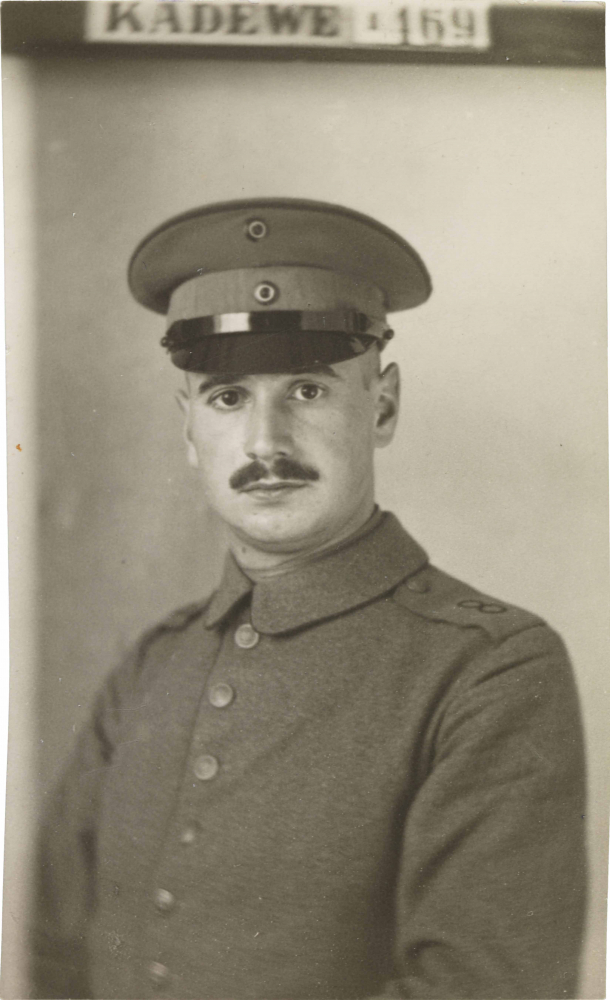 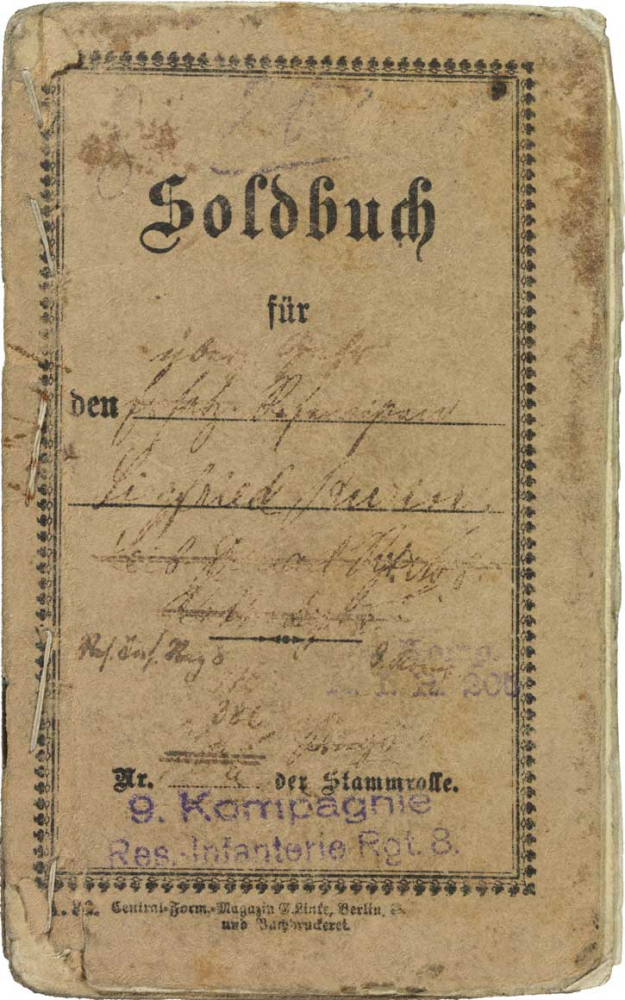 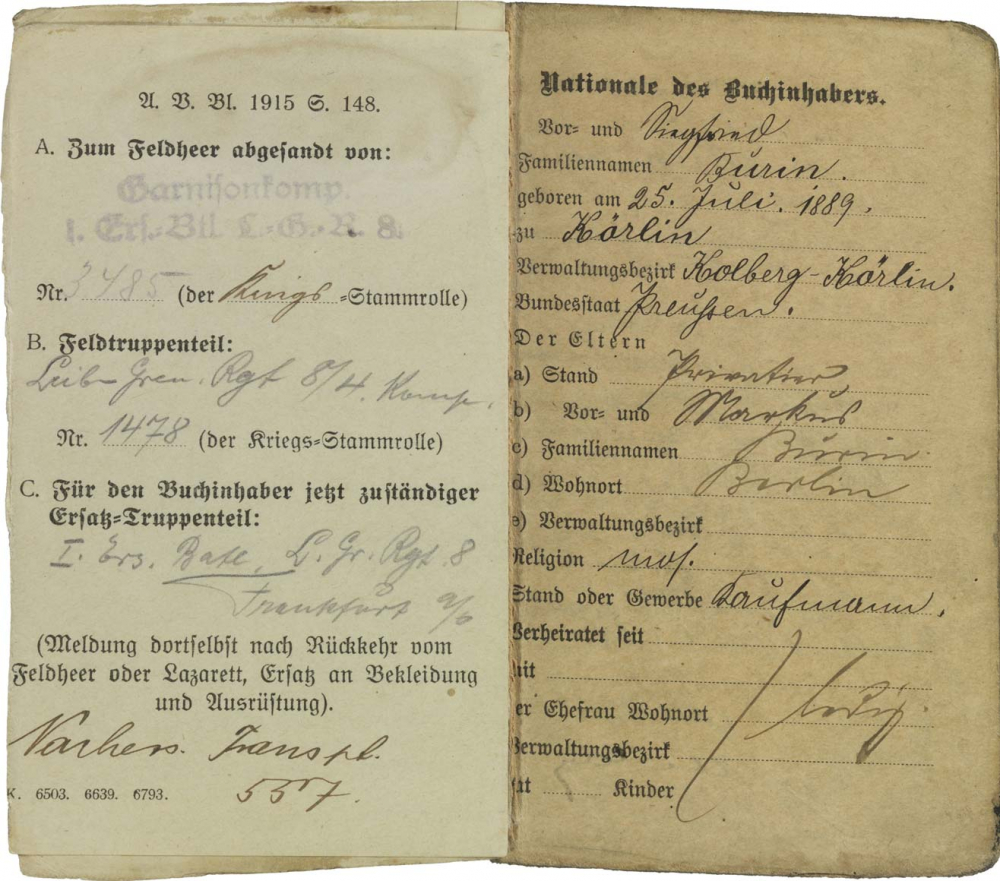 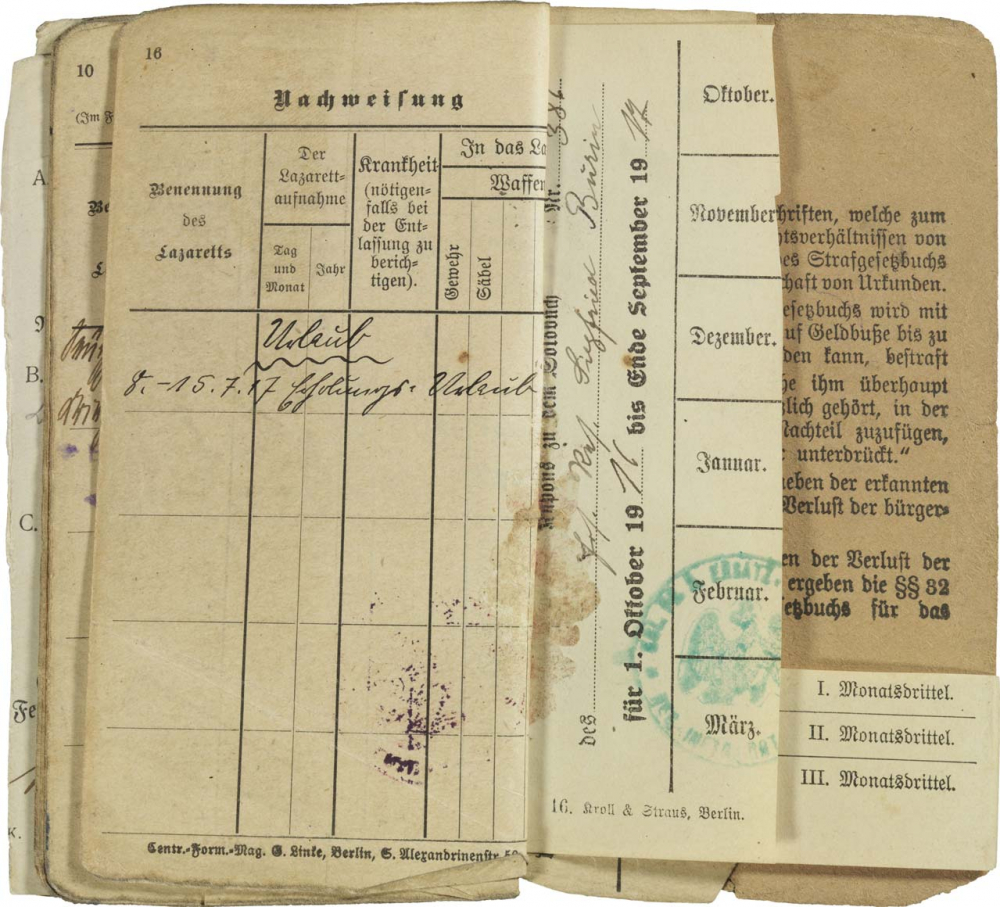 Four of the Burin sons served in the First World War. While Erich was taken prisoner by the British, Max and Paul Burin returned home unharmed.

In memory of their dead son, Siegfried’s parents had his portrait in uniform enlarged and colorized.

It was handed down to his sister Jenny, who took it with her when she emigrated to America and kept it until her death. In the late 1980s, the portrait returned to Germany. It is now housed in the Jewish Museum Berlin, where it memorializes Siegfried Burin and his short life.

More documents related to Siegfried Burin can be found in our online collection (in German). 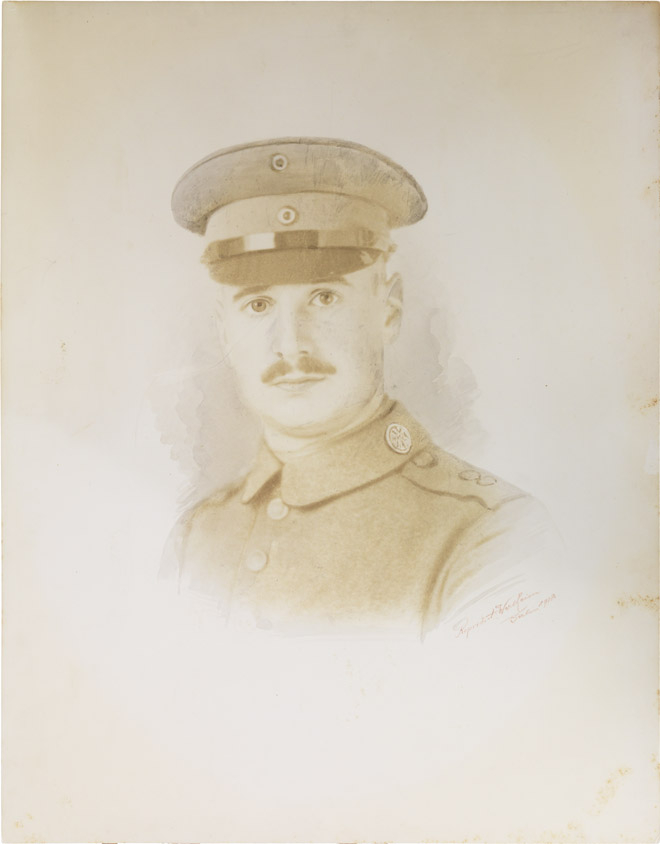