During a visit to my hometown of Calgary Alberta, Canada in the summer of 2014, I had the opportunity to meet with Morris and Ann Dancyger, both child survivors of the Holocaust. Morris Dancyger was one of the very few children to have been liberated by the Russians at Auschwitz on 27 January 1945. In the iconic footage of the children displaying their tattooed arms, four year old Morris is in the center of the picture. Ann Dancyger and her mother had miraculously survived an execution in 1942 near the town of Ratno where she was born, and spent nearly three years thereafter in hiding. After a nearly two year trek to Germany following the end of the war, she was able to come to Calgary where relatives lived. I had not known the Dancygers while growing up in the city, and although I had much later read about the tragic fate of Morris Dancyger’s father Shmuel, I was completely unaware that his wife and children had settled in Calgary.

Exactly 70 years ago today, on the morning of 29 March 1946, Shmuel Dancyger was shot and killed by German police in Stuttgart as they carried out a morning raid on the Jewish Displaced Persons Center in the Reinsburgstrasse, allegedly looking for black market goods. A large force of over 200 armed policeman accompanied by dogs entered the center and ordered the majority of the residents out of their rooms. In doing so, they were seen to be violating the Military Government order which forbid the entry of German police unless accompanied by an American Military Police. The presence of German uniformed police carrying weapons, shouting at the Jewish residents, searching their rooms and applying physical force, was all too reminiscent of the recent Nazi past. After a shot was fired and a Jewish policeman injured, a group of DPs hurled cans and wood at the police force. Several more shots were fired and more people injured, while Shmuel Dancyger was, according to witnesses, shot at close range. Only with the arrival of the American MPs did the situation deescalate and the German police force withdraw. 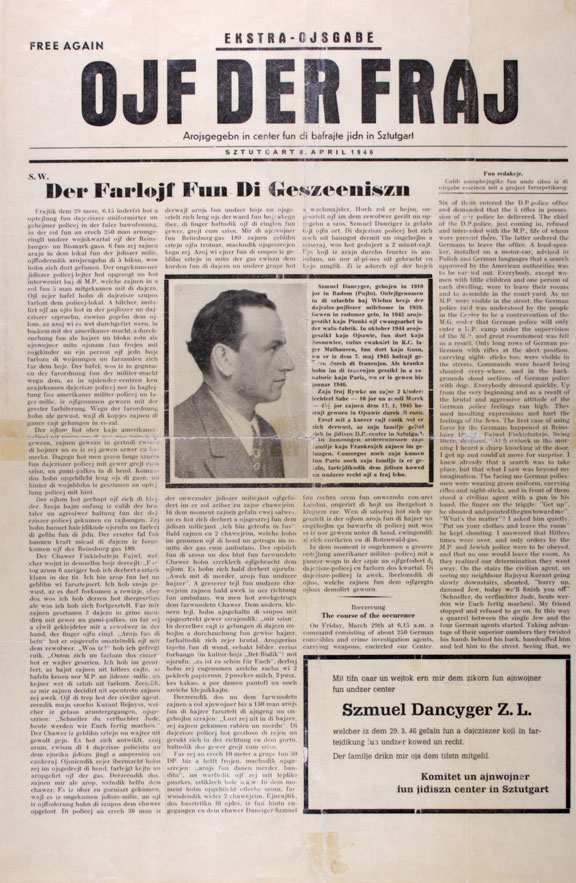 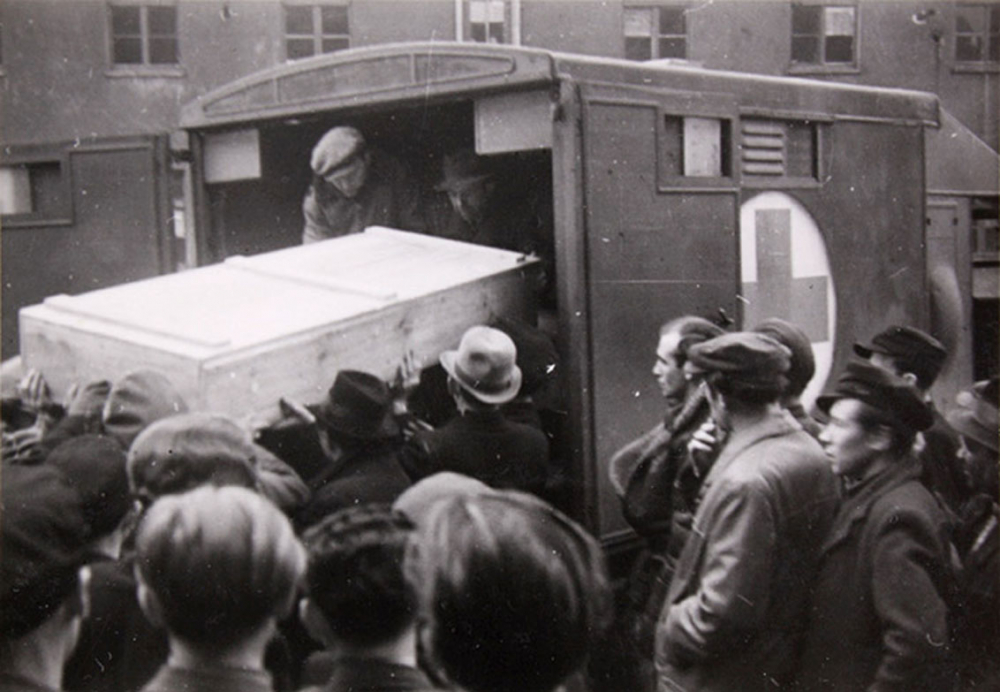 Born in the Polish town of Radom in 1910, Shmuel Dancyger and his family had been forced into the ghetto erected there by the Germans in 1941. Two years later he was sent to do forced labor in a weapons factory in nearby Pionki, and was deported with his family to Auschwitz in 1944, where they were then separated. Shmuel survived Auschwitz and Mauthausen but had no idea about the fate of his family. After a time in a DP camp in Linz, Austria, he was sent to a sanatorium in Paris. Only the night before his death had he been reunited with his wife, his ten year old daughter and five year old son in Stuttgart, having travelled there from the French capital after finding out about their whereabouts.

The killing of Shmuel Dancyger caused an outrage among the DPs and the Jewish Committee in Stuttgart. His funeral, held on the same day, was attended by the entire population of the Jewish Center. The inscription on the gravestone erected sometime after his burial reads:

Here is interred the martyr Shmuel Avraham, son of Noah Dancyger, born in the year (5)670 in Radom, Poland, who was felled by the bullet of murderers while defending in the hour of the armed attack by German police against the residents at the Jewish Center in Stuttgart on the 26th of the month of Adar II 5606. May his soul be bound up in the bond of life.

As a result of Dancyger’s death, German police were banned from entering Jewish Displaced Persons camps or the lodgings where Jewish DPs lived. No one, however, was convicted of the killing. In 1947, Shmuel Dancyger’s widow and his two children were able to emigrate to Palestine. They stayed in Israel until 1952, and then came to Canada.

The photographs and newspaper excerpts, shown here for the first time, were donated by Morris Dancyger to the Jewish Museum Berlin. We are greatly indebted to him and his wife Ann Dancyger for the trust they have placed in our museum with this significant donation.

Aubrey Pomerance, head of our archives 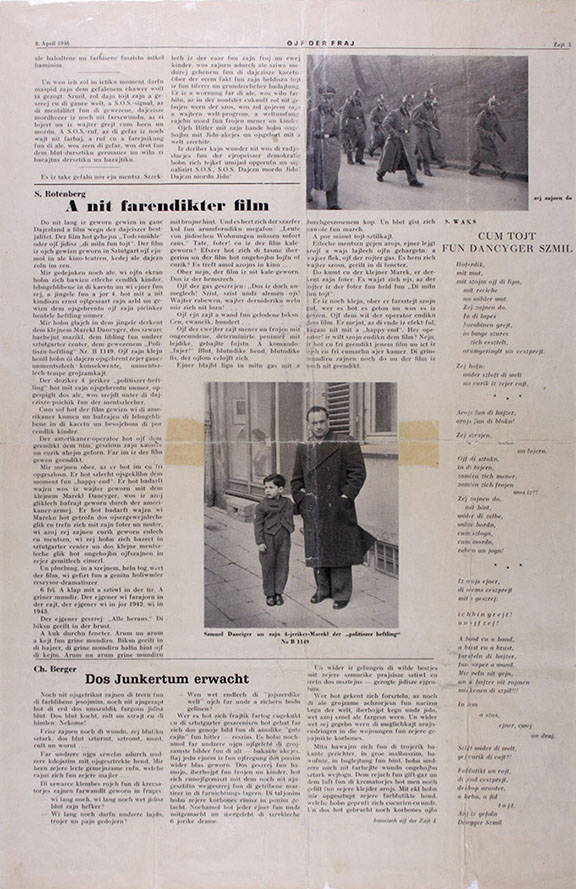