Politics, privacy and the Cold War – inspired by her grandmother’s life, the US-American author Molly Antopol is currently writing her new novel The After Party in Berlin. In conversation with her translator Patricia Klobusiczky, she tells of the many exciting women who populate her work. In her award-winning début collection The UnAmericans, it is the women who are often performing a balancing act – between their European roots and the new worlds into which the 20th century catapults them. Molly Antopol reads from her stories with actor Katharina Marie Schubert.

A cooperation with the American Academy in Berlin and Hanser Publishers Berlin.

The Jewish Museum Berlin invites visitors to its Cultural Summer Program held in the Museum Garden from June to August 2017.

9 September 2017
An Evening with Israeli and German Poets

Summer Party for the Whole Family 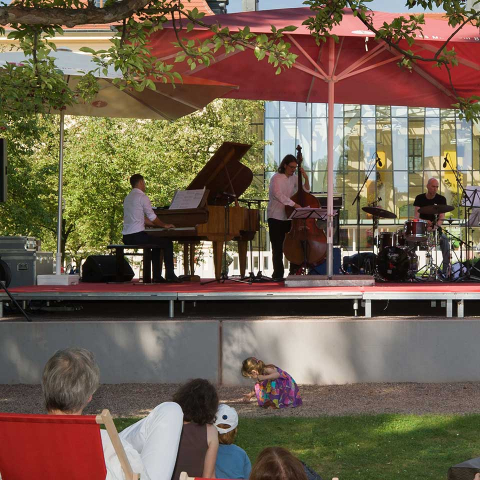